What’s the most exciting motel amenity you’ve ever experienced?

Maybe a complimentary breakfast buffet, or perhaps a peppermint on your pillow … how about a drive-in cinema right outside your window? Welcome to Movie Manor, the only drive-in + motor-lodge that lets you enjoy the feature presentation from the comfort of your motel room!

George Kelloff Sr. founded the fantastic film haven in 1955, but it was more than a way for him to make money – the movie business was in his blood.

The son of Lebanese immigrants, George spent his childhood pumping the player piano for silent movies shown at his parent’s theater. Years later, after enjoying a drive-in movie on their honeymoon, George and his wife Edna used their savings to purchase the 15 acre plot that would become the “Star Drive-In”. 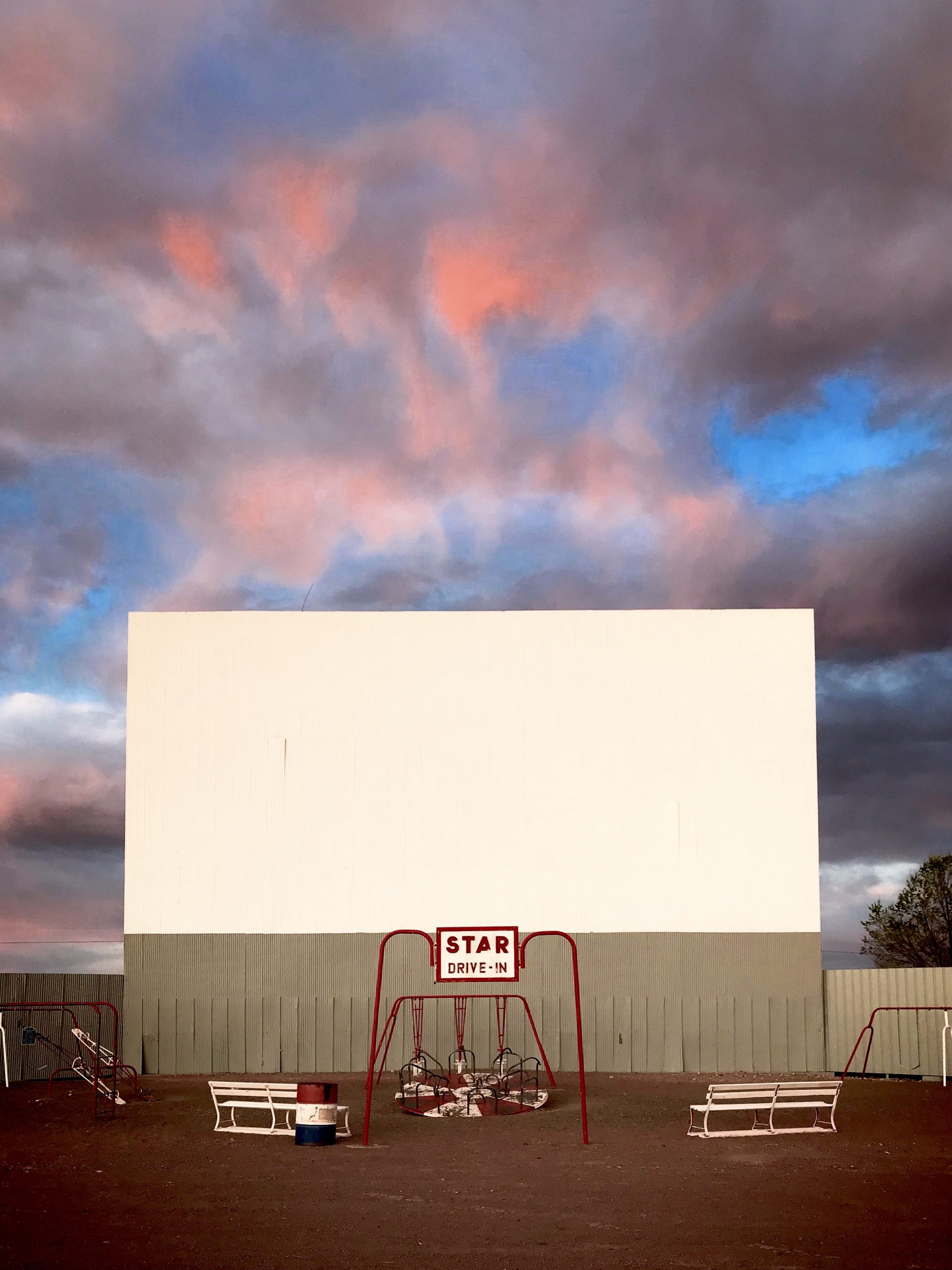 The couple moved into a home on the property – as many owners did – and for almost a decade they provided popcorn and standard silver-screen entertainment to 300 cars per night, but all that was about to change.

One evening, while lying on the couch, George caught a glimpse of the projector screen through his living room window, and his brilliant idea was born. Construction began shortly after, and in 1964, the 14-room Movie Manor motel officially opened its doors.

But what made this motel so special?

Well, situated adjacent to the Star Drive-In, each Hollywood themed room in the two-story, semi-circle structure came equipped with a giant 4ft x 8ft (1.2m x 2.4m) window, and an FM radio that would pipe in the motion picture soundtrack at the flip of a switch!

While the addition was far from an overnight success, word-of-mouth soon brought patrons from all over the country. George Sr. would eventually retire, his son – George Jr. – would take the reins, and as the 4000 drive-in theaters throughout the United States dwindled to 330+/-, the Star Drive-In + Movie Manor compound held strong.

Though under new management these days, George Jr. attributes the success and longevity of his father’s innovation to a strong community connection and its unique take on a nostalgic pastime – we also heard the popcorn was pretty darn good too.