Though this apartment complex was born in the silent film era, it has been anything but quiet in its lifetime. Formally known as the Hollywood Hillview Apartments, it housed many of young Hollywood’s budding stars, and play host to hundreds of thirsty patrons imbibing their way through a secret trap door to an underground prohibition-era watering hole.

Once a sleepy farming town, Los Angeles quickly boomed in the early 20th Century as movie studios migrated from Chicago and New York for more cooperative weather for filming. With the population surge, housing for these new creative residents became scarce, and even more, actors at the time were also seen as “untrustworthy” when it came to paying rent. Solving this issue seemed like a tall order, but to ensure their talent had a place to learn their lines and lay their heads, early movie giants Jesse Lasky and Samuel Goldwyn erected a tall development in 1917 specifically for those treasonous thespians. 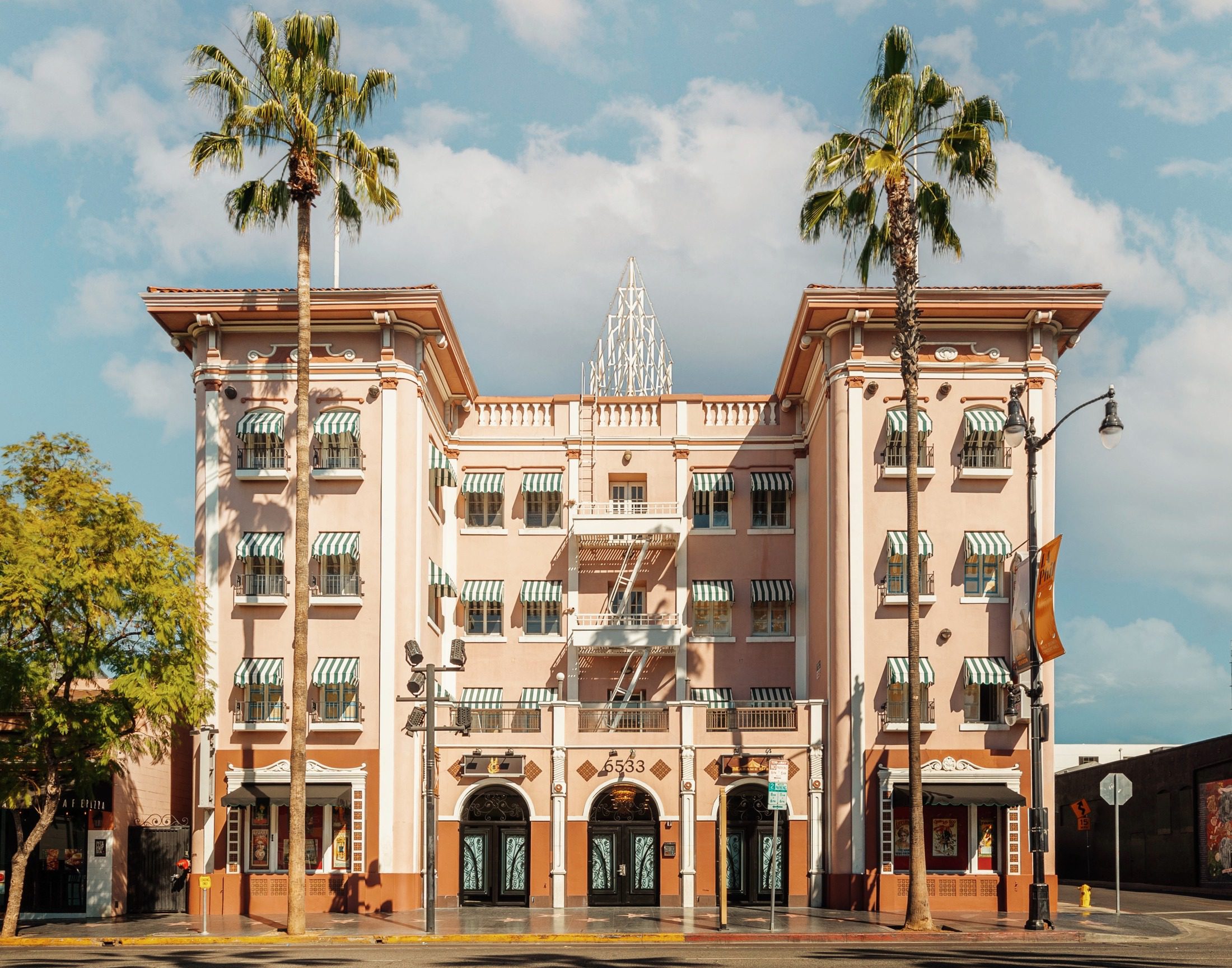 The 4-story Mediterranean Revival-style structure was soon host to many of the silent-film era’s stars – but there were more patrons frequenting the establishment than initially expected. Rumor has it that the basement, built as a rehearsal space for tenants, was converted into a speakeasy by Rudolph Valentino–only accessible by a trapdoor. Even Charlie Chaplain reportedly once owned this hot Hollywood habitat. 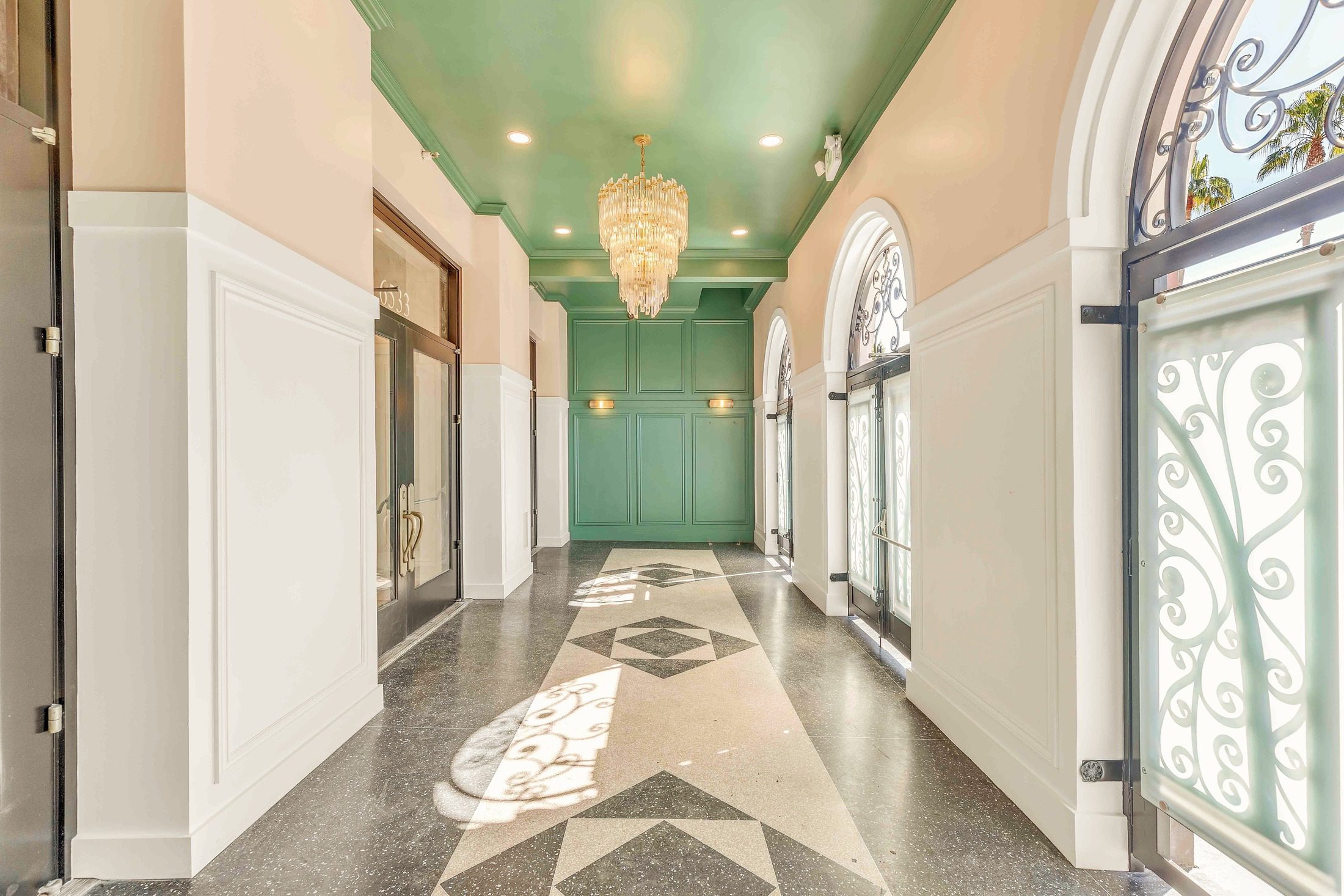 Even Charlie Chaplain reportedly once owned this hot Hollywood habitat.

Sharing the fate of many silent film stars, the apartment building’s success proved fleeting, and by the 1960s Hillview had fallen far from its days as the place to be and be seen. Suffering further damage from the Northridge earthquake in 1994 and subway tunnel construction, it was purchased in 2019 by developers aiming to bring the living space back to its former glory.

The architecturally awesome DLR Group was brought in to rehab the fabled structure’s interiors along with fixtures, glass chandeliers, and signature moldings harkening back to its Old Hollywood design.

Freshly restored and reimagined, this Hollywood Blvd. fixture is ready once again for its close up.

Gracing the old Lincoln Highway, this old hotel was famous for celebrities, Jazz Age luxury, and a deliciously iconic sandwich.