Bob Hope once pledged “if I have to lay an egg for my country, I’ll do it.” Though a born entertainer – winning a Charlie Chaplin lookalike contest at age 10 – Hope will likely be best remembered for his dedication to United States Military Veterans. Such was his passion that he was even made an honorary veteran himself, and in 2004, Patriotic Hall in Los Angeles was renamed in his honor. 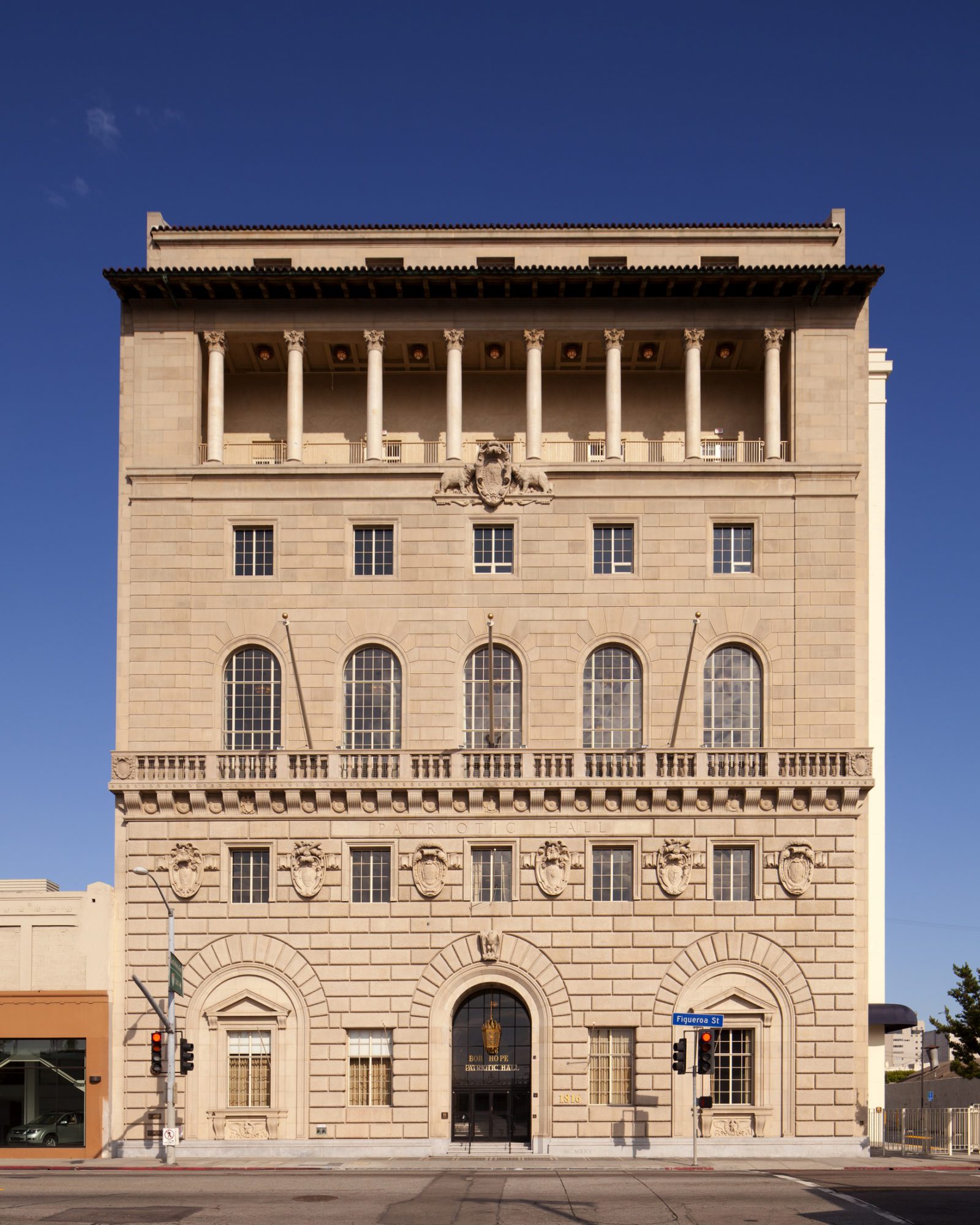 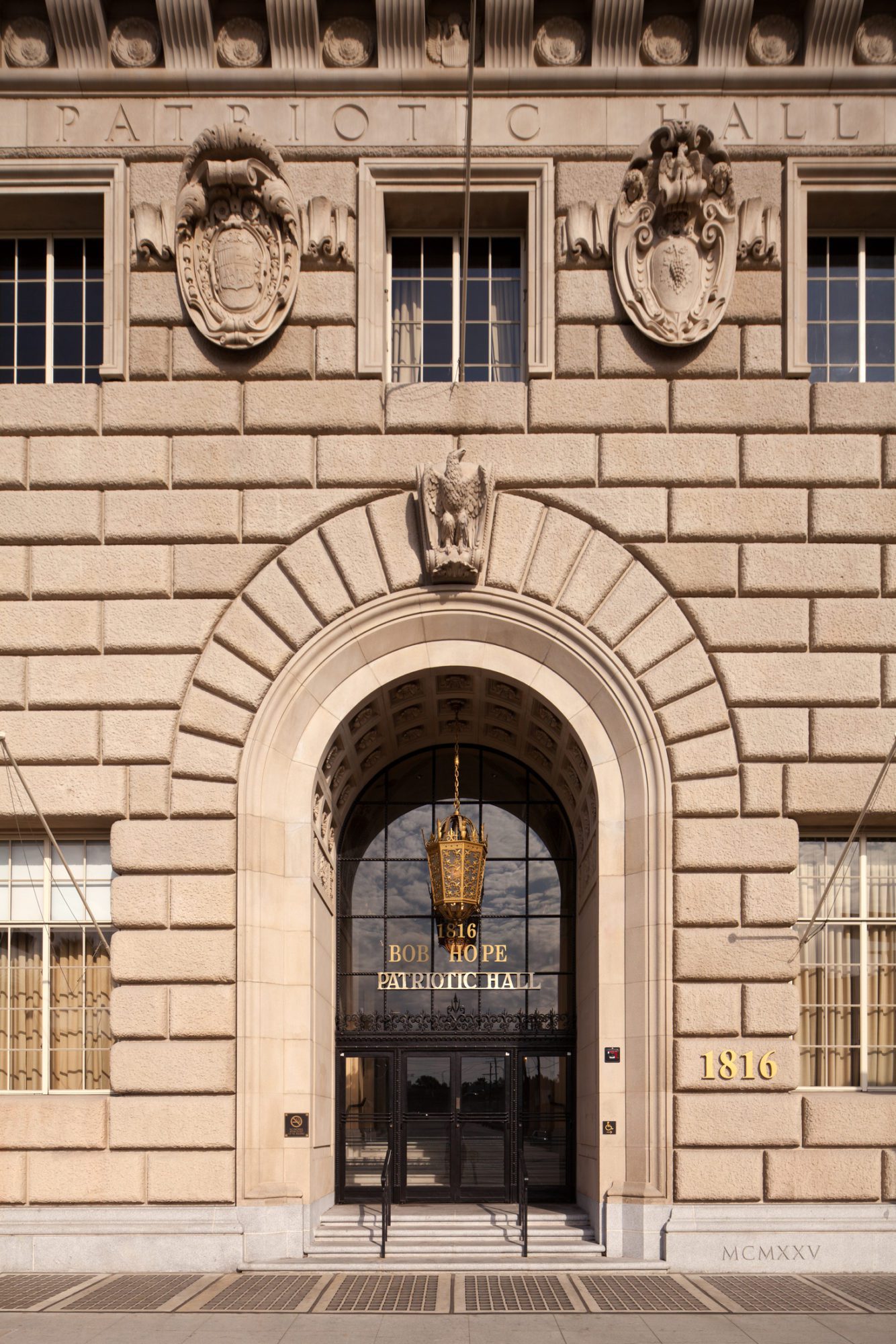 Bob Hope’s association with the building comes from his United Service Organizations (USO) performances which began during the Second World War and ran through the 1990’s when he was nearly 90 years old. Hope would perform in the main auditorium with Hollywood friends and old pals like Bing Crosby and Dorothy Lamour. 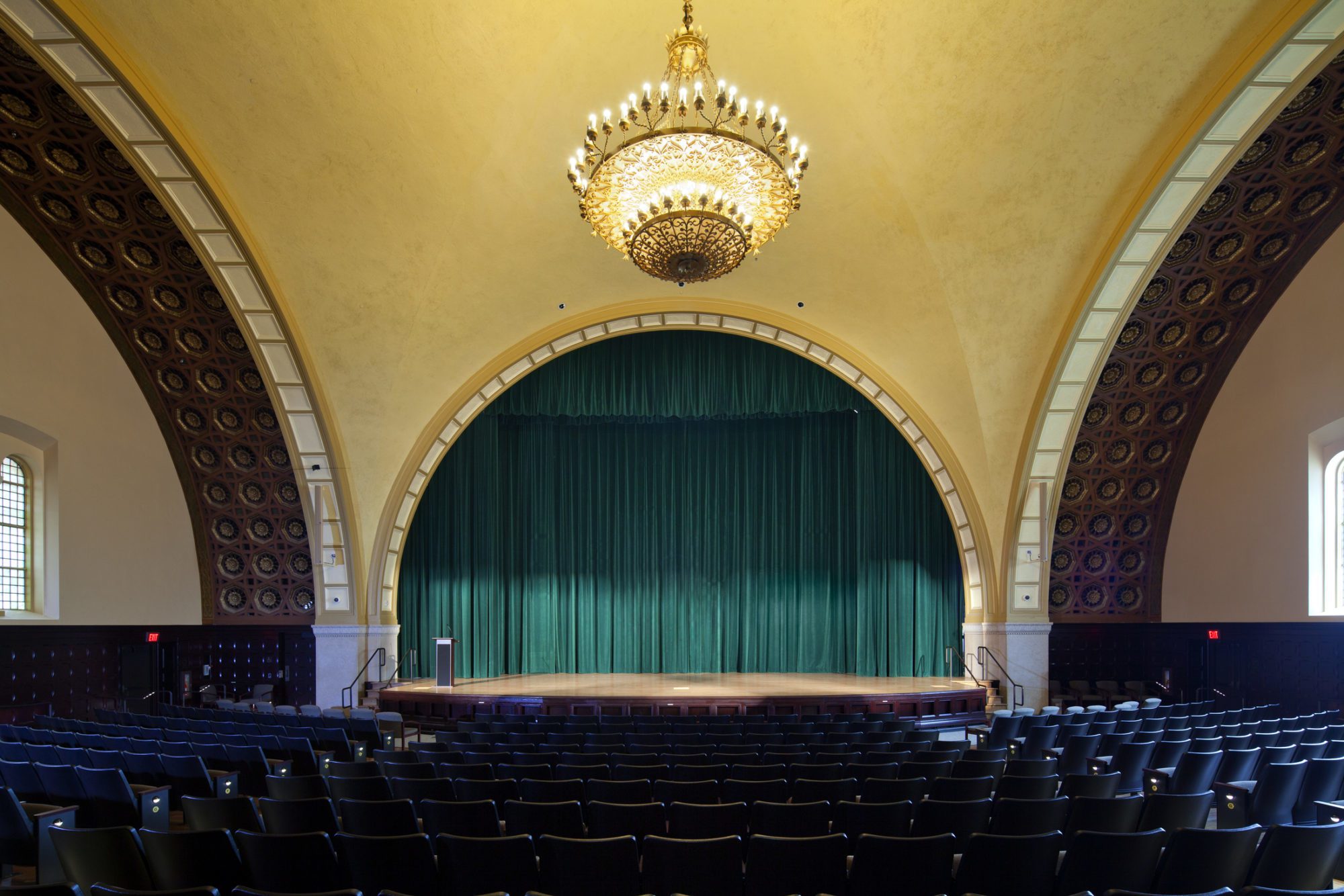 The hall was originally opened in 1926 to provide basic services to those returning home from war. Over the years, services expanded to provide vets with legal assistance, job placement, health benefits, as well as supporting a scholarship honoring the Tuskegee Airmen.

Like so many older buildings in Los Angeles, the structure was susceptible to earthquakes and far from ADA compliant - making it difficult to access for some vets. 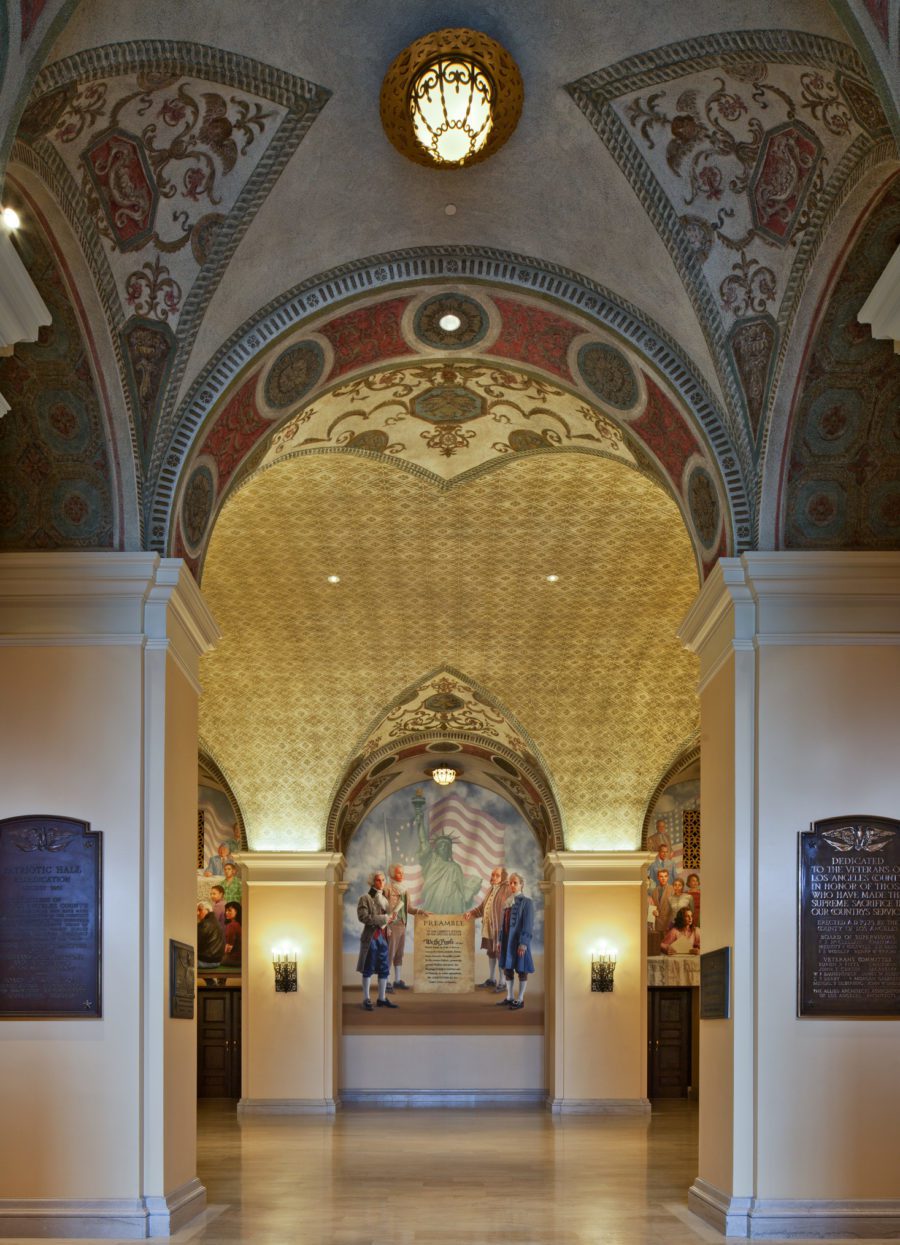 Like so many older buildings in Los Angeles, the structure was susceptible to earthquakes and far from ADA compliant – making it difficult to access for some vets. Not long after receiving Hope’s name, the building closed for renovations and DLR Group was charged with bringing it up to snuff, restoring the original façade and the many artworks that adorn the walls. Thanks to their work, the hall was even awarded the 2014 Preservation Award by the Los Angeles Conservancy.

Like the ghosts that are rumored to haunt its conference rooms, Patriotic Hall is sure to have a long second life continuing in its commitment to serving veterans and appearing as the backdrop to many Hollywood films (it’s tally is up to 300 films and counting). You just wonder if anyone ever asked Bob Hope to lay that egg.