The mystery of the missing courthouse painting dates back to 1940 when Louise Emerson Ronnebeck hoped to reflect the strength and complexity of the region with her mural at the Grand Junction federal building. But when the painting was eventually removed for a cleaning … it disappeared for decades.

Enacted in the 1930s, the Federal Arts Project funded many popular artistic initiatives like the National Park Service posters, the Red Rocks Amphitheatre, and Ronnebeck’s missing mural, “The Harvest”. Like many painters during the Great Depression, work was scarce for Ronnebeck. And there were other obstacles in her way. As a woman, she was not taken as seriously as her male counterparts having been described as a mere “gifted socialite” or “clever with brushes.” 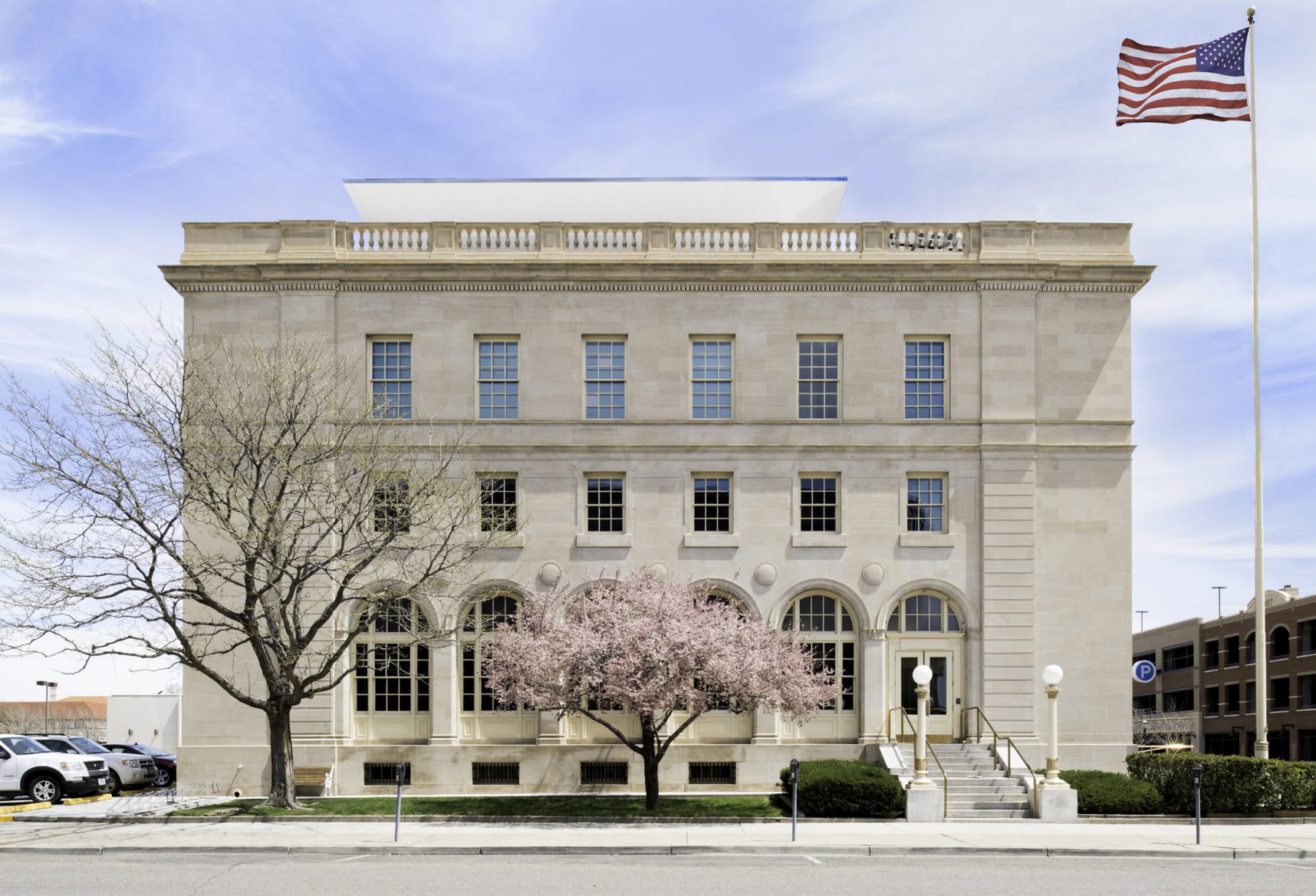 Ronnebeck proceeded to prove them all wrong. Even in the face of adversity, Ronnebeck was most prolific while married and raising children. She silenced many of her critics after being awarded two major mural commissions: the first in Wyoming, and the second at Grand Junction. Ronnebeck recognized the unrelenting balancing act of maintaining an artistic career alongside raising children, but she proved that even in the 1930s it was possible. “Between meal time, the mother rests while the artist works,” she was quoted.

For her mural in Grand Junction, Ronnebeck didn’t shy away from her thoughts on equality and the changes occurring in the West at the time. The mural depicts a water wheel resting in the background, highlighting the transformation irrigation brought to the region. Additionally, Ute Indians are portrayed leaving the valley, being displaced by white settlers. In the center, a man and a woman harvest peaches. The man and the woman are equally sturdy and hard at work, emphasizing the ideal of shared labor. 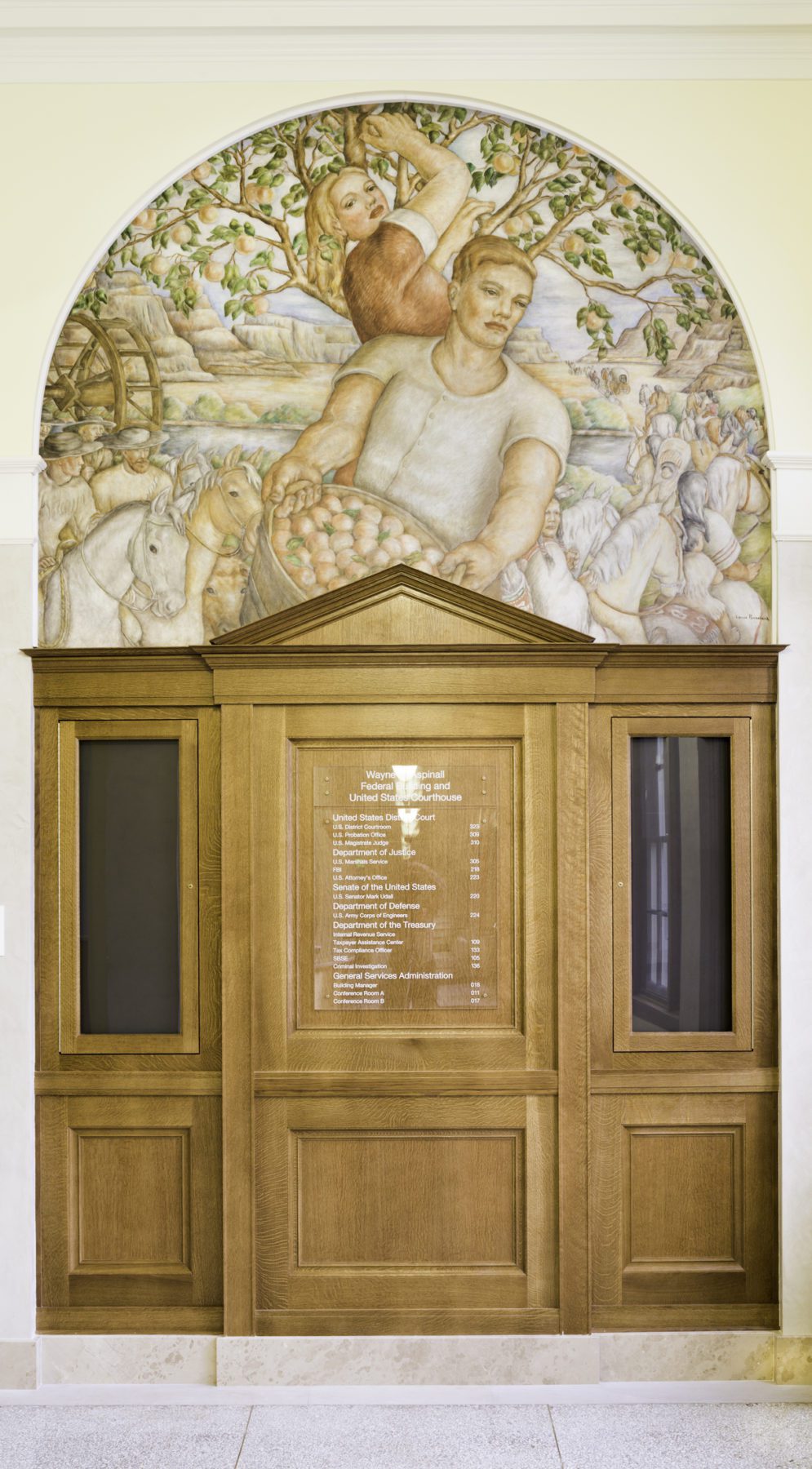 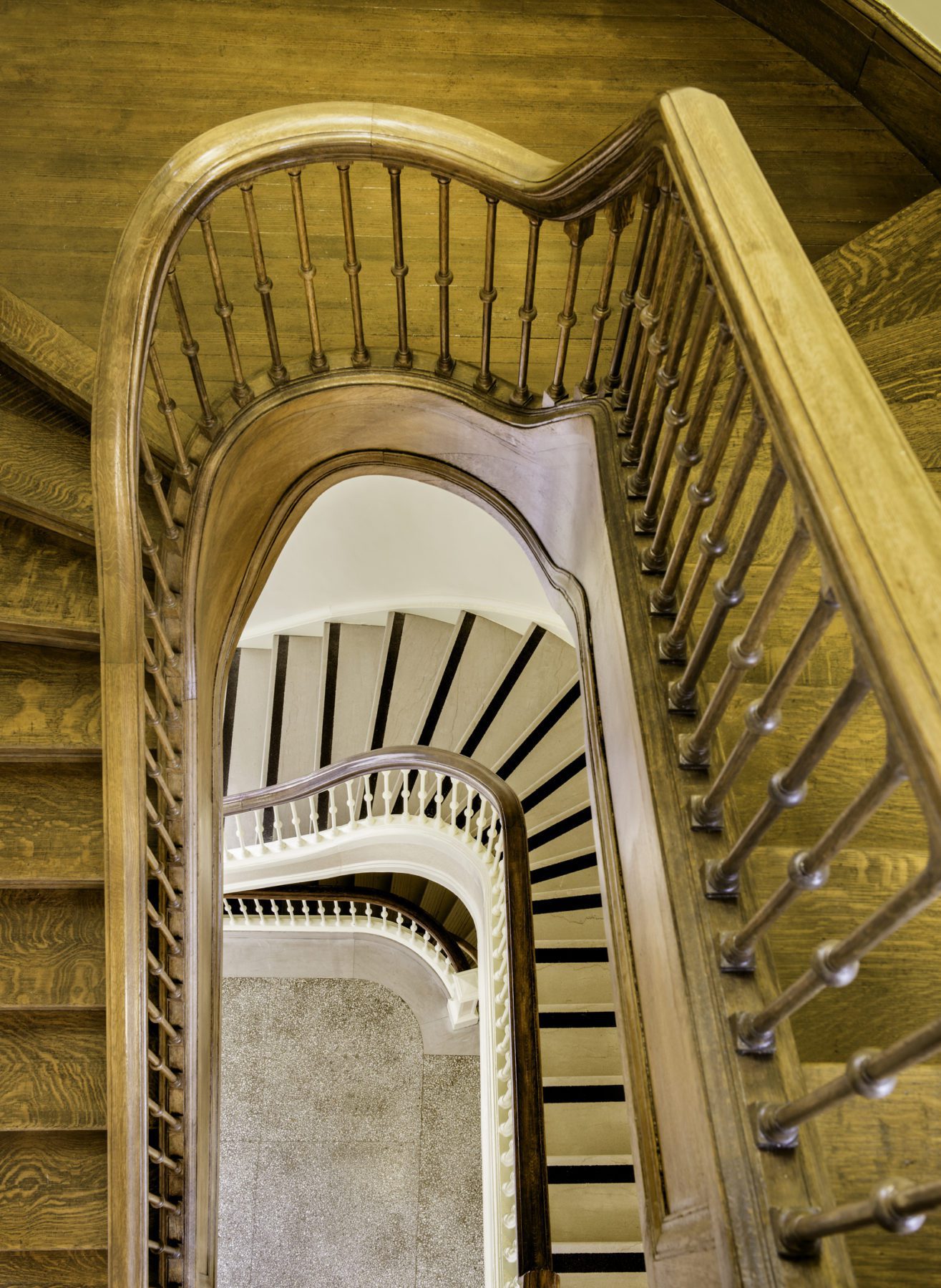 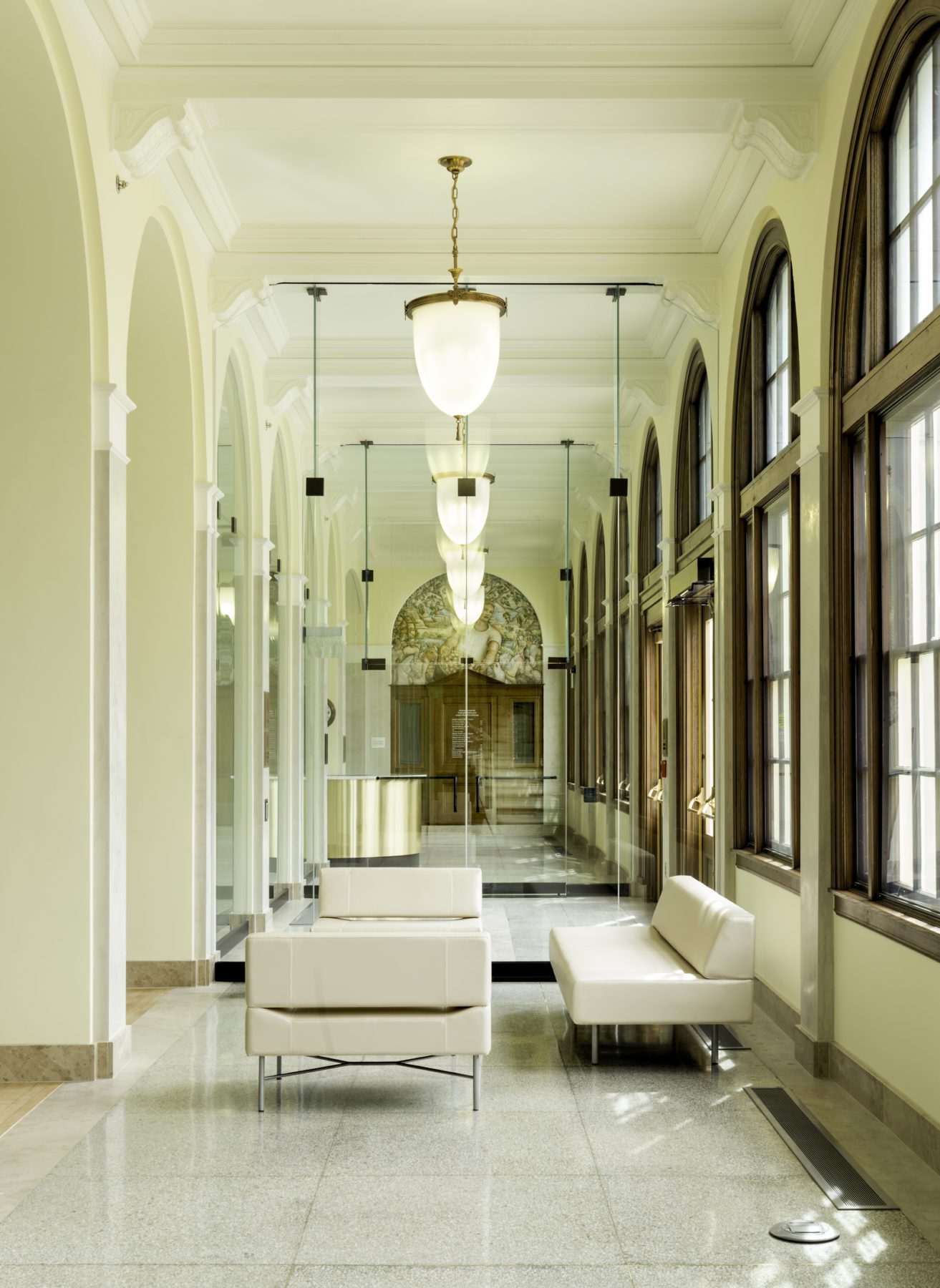 Unseen for more than half a century, a curious building manager came across numerous mentions of Ronnebeck’s mural...but the painting was nowhere to be found

The manager persevered, using detective work and determination, and tracked down the painting in New York. After being re-discovered, the mural was restored and returned to Grand Junction. Ronnebeck’s son and daughter—who originally posed for the mural over 50 years prior—even unveiled the mural in the Wayne N. Aspinall Federal Building and Courthouse, where it still hangs today.

In the same way irrigation transformed the relationship between the earth and those working in the Grand Junction region, DLR Group stepped in for a comprehensive renovation of the building in 2003 focusing on energy reduction. The designers restored and preserved the historic character while also becoming the GSA’s first site net-zero building on the National Register of Historic Places, paving the way for future historical sites to harvest the groundbreaking architectural fruits of their labor.