Wonka who? Many years before the world was introduced to the golden ticket-wielding, Oompa Loompa-employing chocolatier and his mysterious chocolate factory, there was The Dutch House. Constructed as an exhibition hall for the 1893 World’s Fair, this deliciously designed building was commissioned by the Van Houten Cocoa Company – and fittingly purchased by a man named none other than Charles.

By the time 1893 rolled around, Van Houten had been in operation for more than sixty years. The chocolate confectionery became famous for its pioneering process of manufacturing cocoa powder – making it much sweeter – and paving the way for the creation of  hot chocolate and later, the chocolate bar. By the late 19th century, Van Houten had expanded into the U.S. and was invited to the Columbian Exposition World’s Fair in Chicago. 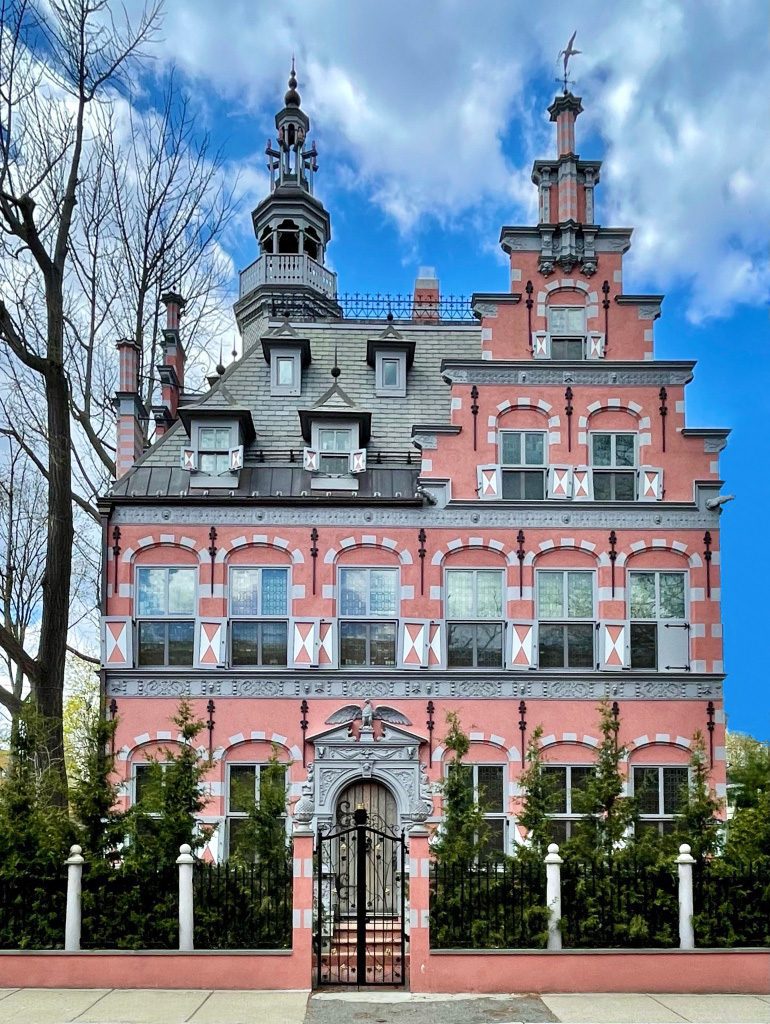 As for their display pavilion at the global gala, the company decided to go all out in honor of their Dutch roots. They commissioned the construction of a four-story brick building set to resemble the 15th-century Franeker City Hall in the Netherlands. With its ornate facade and Flemish detailing, the exhibition hall stood as a whimsical display in its own right where attendees could sample Van Houten’s cocoa and hot chocolate drinks. Could you imagine how their taste buds reacted?!

Among those savoring the tasty samples was Captain Charles Brooks Appleton, a resident of Brookline, Massachusetts. Captain Charles became so enamored with The Dutch House that he decided to purchase it for himself and moved it – brick by brick – from Chicago to Massachusetts. Since then, the House has remained at its address at 20 Netherlands Road. How fitting.

As for Van Houten, they found great success after the World’s Fair (and are still revered for their high end Dutch chocolates). To this day, the Dutch House is regarded as one of the finest examples of Dutch High Renaissance architecture in the United States. Sounds like the chocolate makers made quite an impression, and this Charlie got much more than just a golden ticket.

Buttering up to the Boss

This community staple was without a "movie staple" in its first decade.

The Pasta King And His Spaghetti Palace

The Sovereign of Sundaes

An ice cream shop that serves up the royal treatment.