Alligators sunbathing in the parking lot is only one of many surprising discoveries visitors may find when stopping by the Ochopee Post Office in the Florida Everglades. The post office, located along the U.S. Route 41, is in fact, the smallest full-service post office in the United States.

The Post Office occupies an 8×7’ storage shed—which was previously used to store irrigation pipes and tools for a nearby tomato farm—and has been operating for over fifty years. Originally located in the region’s general store, the Post Office was moved to its tiny outpost when the store burned down in 1953. 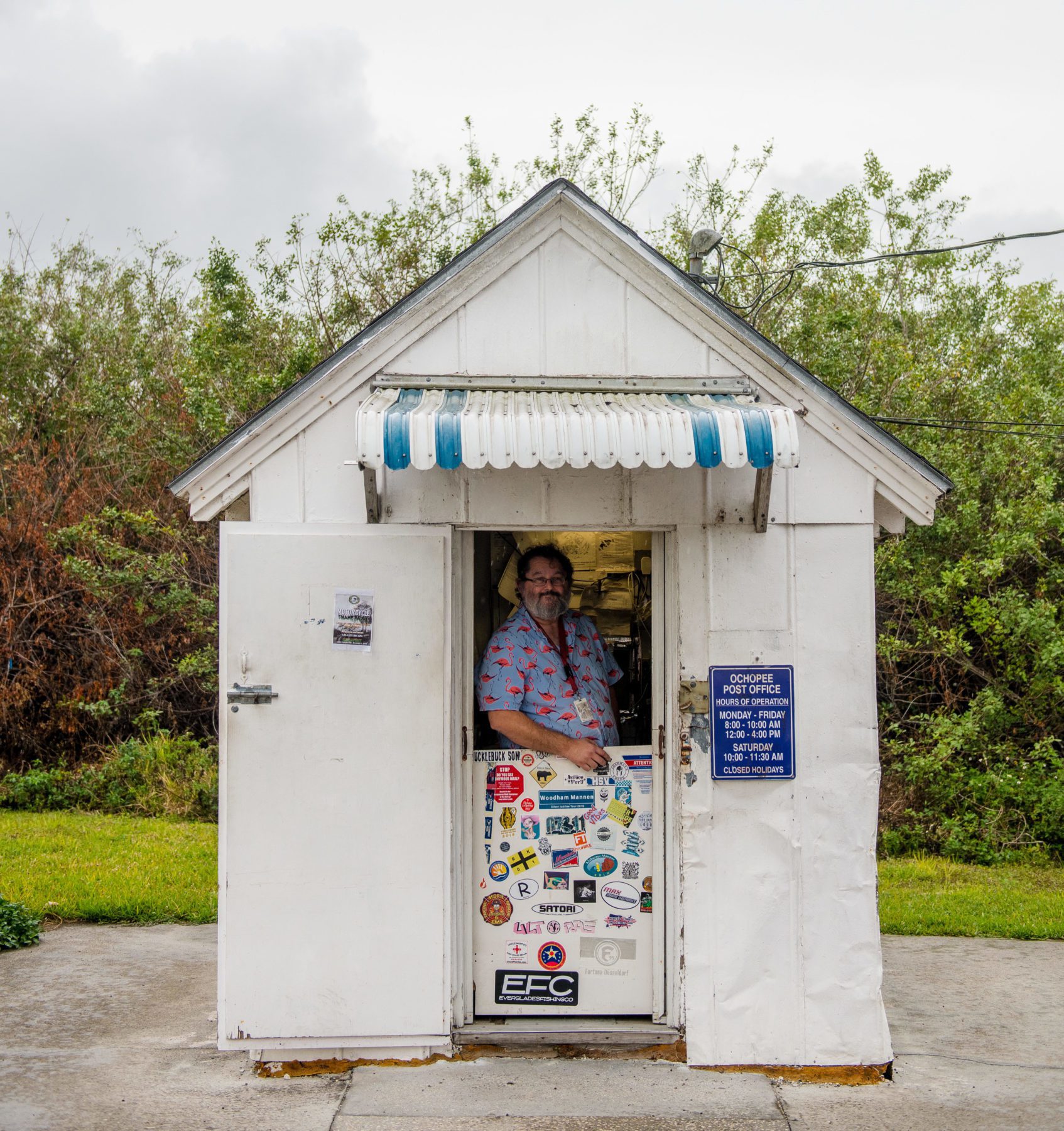 The general store was never rebuilt, so the Post Office remained in its cozy quarters, faithfully serving locals ever since. Fortunately, the immediate population is eleven people proud, but the Post Office provides services to all those living within 130 miles, including members of the Miccosukee and Seminole tribes. It also plays hosts to many curious visitors—both human and wild—who stop by to check out the petite postal quarters.

Working at the Ochopee Post Office brings a rare set of challenges. The shed can accommodate one person at a time. Those solo clerks have reported snakes slithering into the nook, which—terrifying as that sounds—pales in comparison to other reported sightings from the wild, which include Florida panthers and a meandering bear. 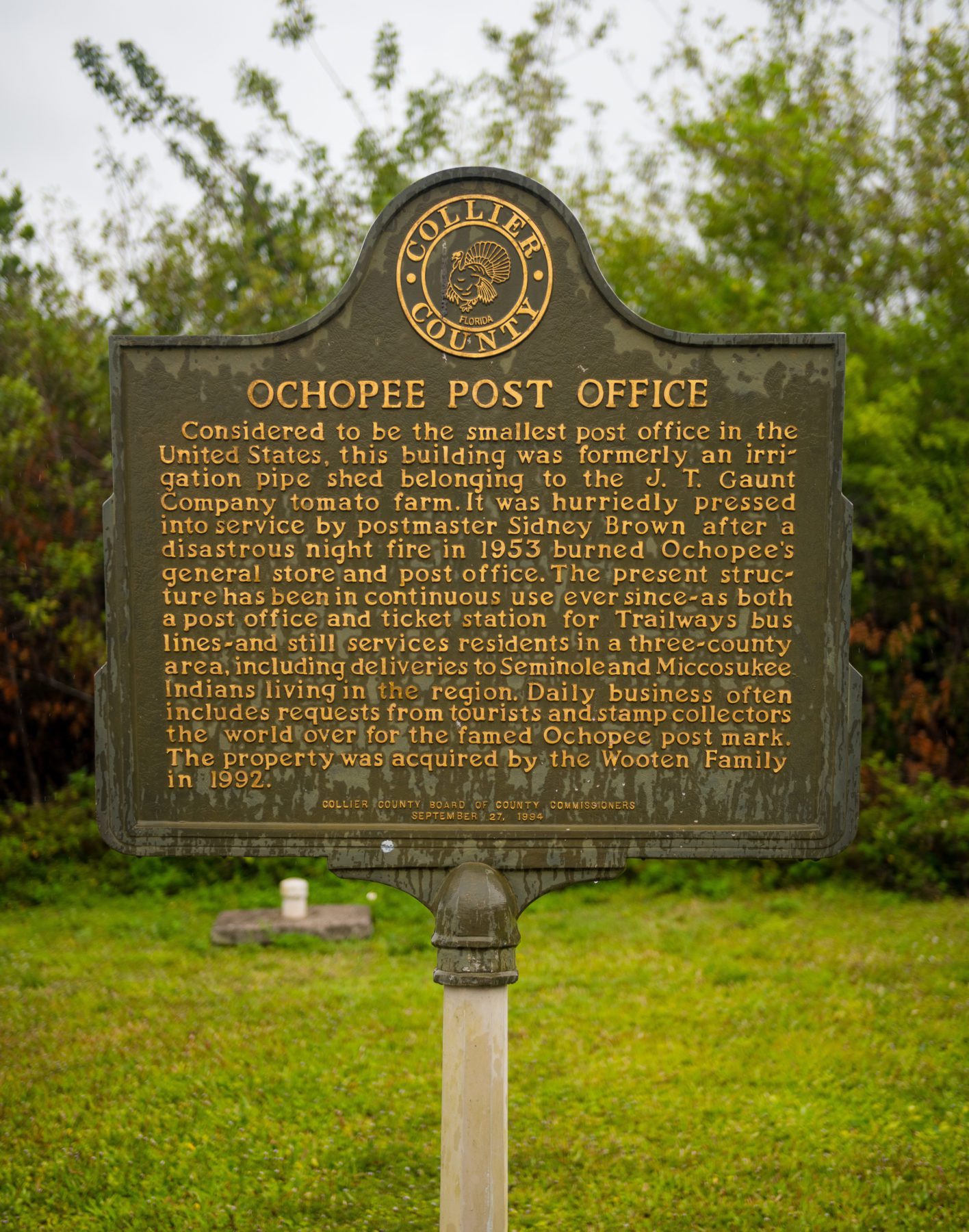 When they’re not fending off the unexpected charms of sneaky snakes or basking gators, the clerks work happily and welcome curious travelers who have gone out of their way to catch a glimpse or a claustrophobic visit to the shed. With a phone but no Internet, the Post Office operates in a manner from a different era: creating money orders manually and processing letters and packages for the three counties which it serves.

Make no mistake. The Ochopee Post Office is indeed small but it is also mighty. It has remained open throughout the pandemic, even as the government debated whether or not to save the USPS (an ongoing threat for many rural post offices throughout the country). Its resilience is not only admirable, it is a requisite quality for a postal service that operates among the abundant wildlife and desolate environs of Florida’s wetlands.