The phrase “Quit slouching!” might make most of us wince as memories of childhood dinners dance through our minds. But this time around it’s Not your parents yelling at your posture. That’s what the city of Pisa shouted at their Leaning Tower for eight centuries before accepting its fate as an imperfect beauty.

The Tower was first dreamed up after the Republic of Pisa sacked Palermo. Needing a display for their new “found” treasures they set out to build the Piazza dei Miracoli, a sacred square containing a baptistry, cathedral and campanile (freestanding bell tower). Groundbreaking for the Tower, planned to be the tallest of its time, began in 1173 – a fashionable “lean” was notably absent from the blueprint.

During construction, the contractors seemed to forget the etymology of “Pisa”, which is Greek for “marshy land”. Once the second story was underway, the structure started to submerge into the subsoil. Taller columns were implemented to offset the sinking, but that didn’t do the trick. As they reached the fourth story, further tilting necessitated the Romanesque arches on the south side of the tower be built a full 2 inches taller than the ones on the north side.

Still, the leaning persisted. So they halted construction – for nearly a century. 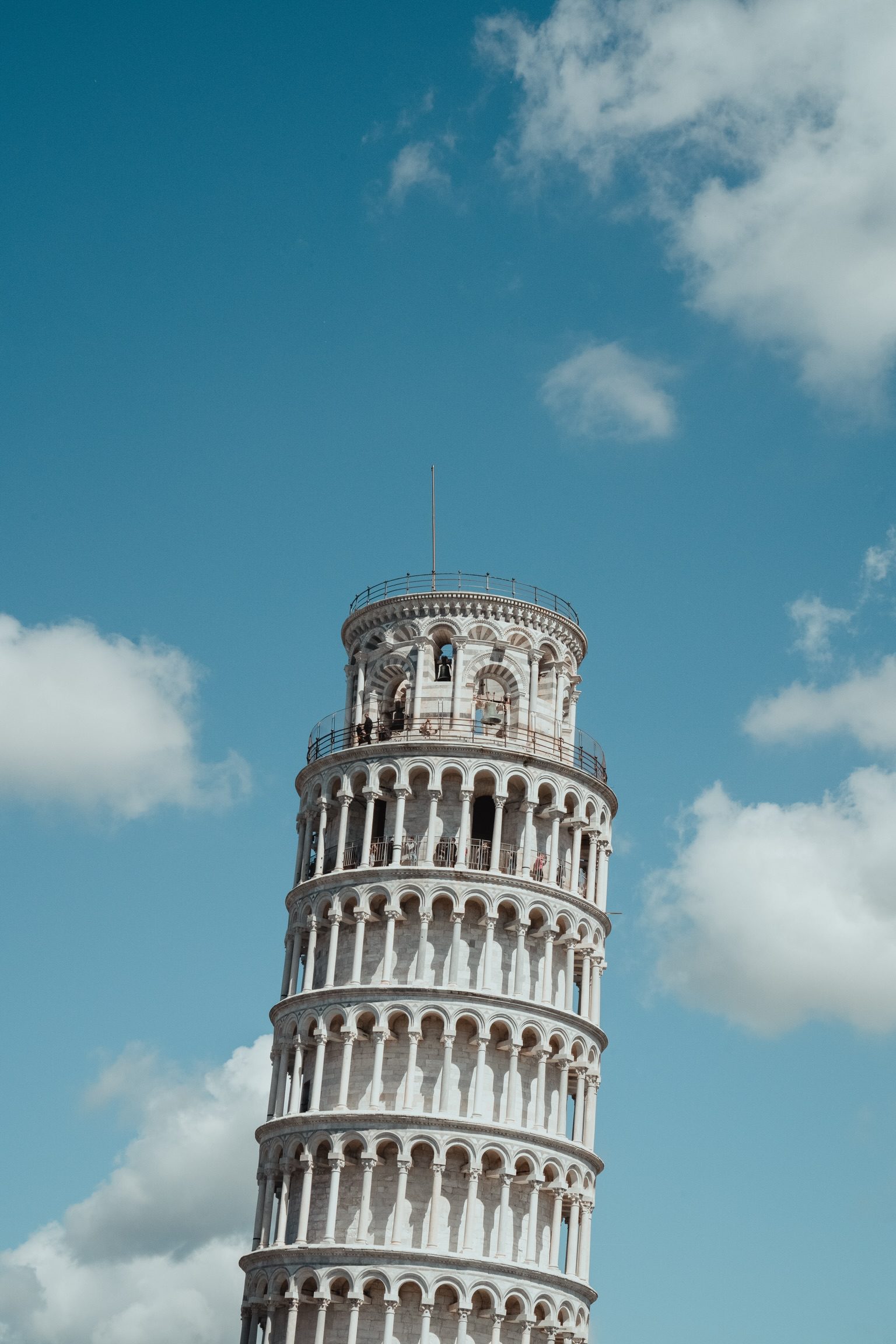 Construction restarted in the 13th century and the engineers trying to “fix” the tilt threw off the tower’s center of gravity, causing it to lean in a new direction. Over time, the lean returned to the initial southward tilt that tourists photograph themselves “holding up” today.

All in, the Tower took 199 years to complete. This prolonged construction allowed the soil to compress and, possibly, prevented the tower from falling over. Today the north side stands almost a full meter taller than the south, and when climbing the stairwell you might find you save a bit of energy climbing the south side tower which has 2 less steps.

By 1990, the Tower had become a UNESCO Heritage Site, and reached a tilt of 5.5 degrees by most calculations, enough to topple. Luckily, a massive restoration program kicked off, reducing the tilt to a more manageable 3.97 degrees. In 2001, the tower was officially declared stable for the next 200 years. For the first time in its history, the Tower is no longer moving – phew.

The Leaning Tower is a prime example that beauty comes in many shapes, sizes and… inclinations. Sometimes, it’s actually more beautiful to be a “slouch”, no matter what your parents say.

"Pave paradise and put up a parking lot"

A three-wheeled mobile library with 1000 books in tow

Take It To The Bridge

“In bridge designing, the aesthetics are quite as important as engineering details. It is a crime to build an ugly bridge.”