Containing no electricity, running water, or telephones, these cabins perched on the shoals of Pine Island Sound are not your average tropical getaway. Instead, these “Daddy long leg shacks” are  remnants of a once powerful commercial fishing industry. Still used today, their continued existence is as fragile as the wooden stilts they rest upon.

Since the times of the native Calusa, fishing has been an extremely important asset to the economic ecosystem of Southwest Florida. Up until 1897, the industry only sold to the surrounding area. All of that changed with the foundation of the Punta Gorda Fish Company, whose usage of ice allowed for locally caught fish to maintain their freshness and be shipped nationally. Under the tutelage of company founders Eugene Knight and Harry Dreggors, commercial fishing boomed in the beginning of the 20th century, and fish houses began to pop up along the coast for the company’s many anglers. 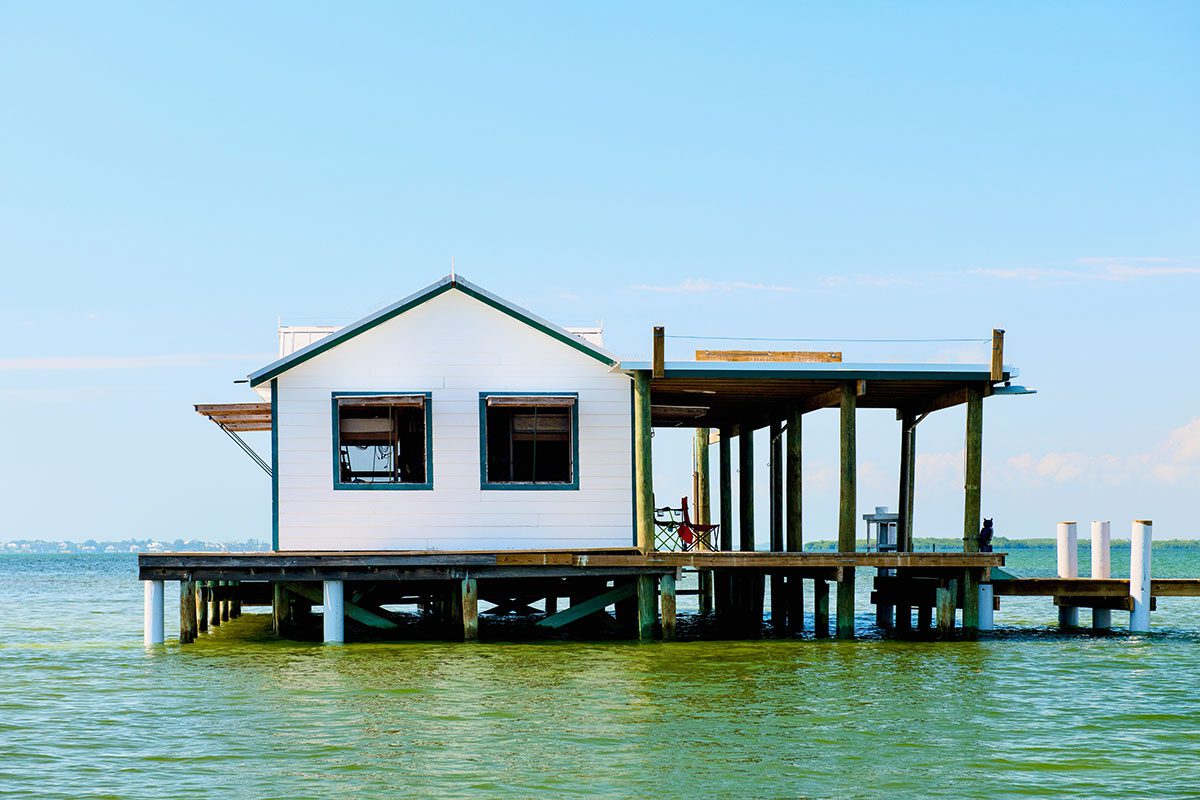 They ultimately built two kinds of shacks throughout the Sound. The first were ice houses that stored fish before transportation. The other half served as homes for fishermen so they wouldn’t need to return to the mainland during a storm or after a long day. Living a mostly solitary life at sea, these anglers saw the cabins as a lifeline to the world. Company run-boats would drop off groceries and newspapers trading these goods for the day’s catch. 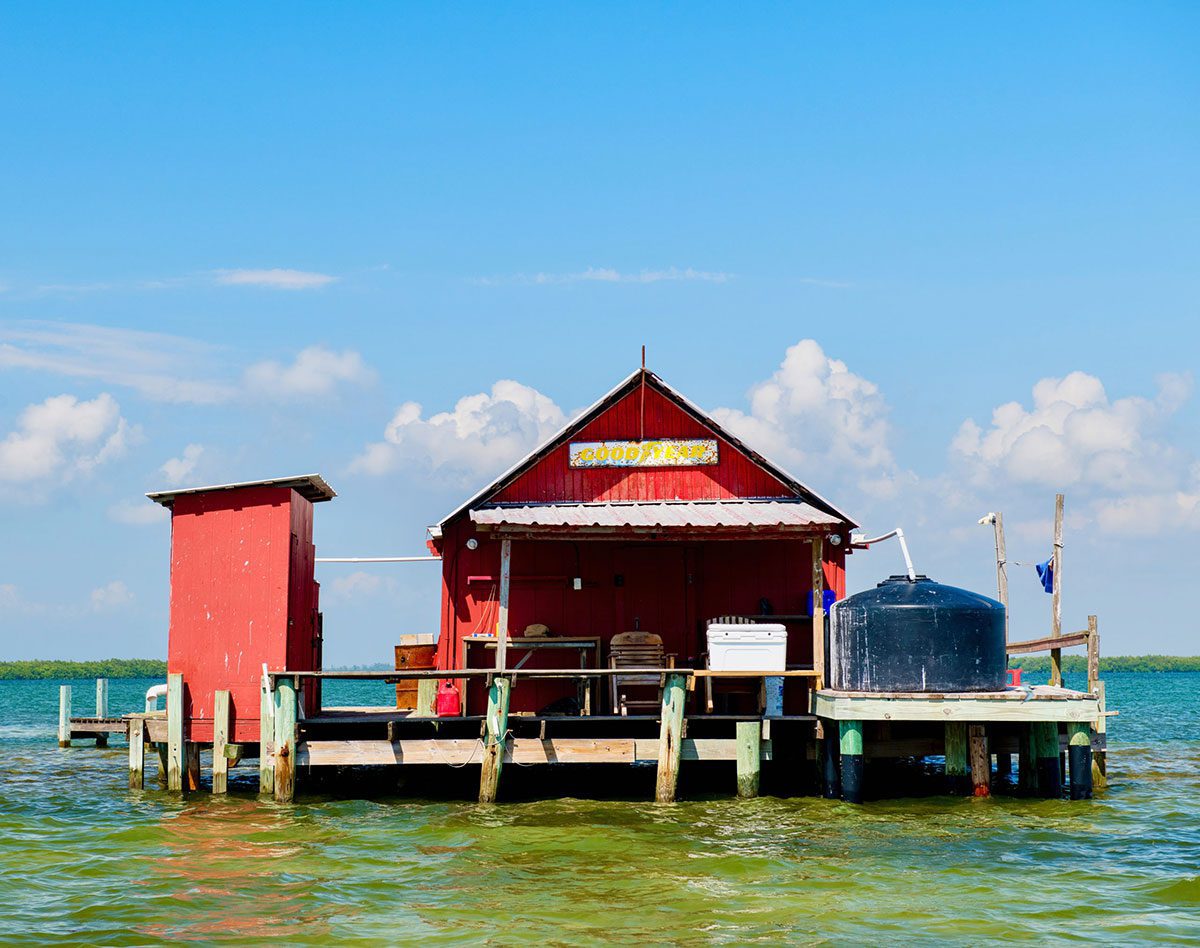 After World War II, where the fishermen of Southwest Florida were exempt from military service as essential workers, the industry began to see a decline. New bridges and causeways were constructed, finally connecting Captiva and Sanibel Island to the mainland. The need for run-boats became unnecessary, as daily hauls could be transported by trucks. As a result, Punta Gorda Fish Company began selling off their shacks to amateur anglers.

By the 1980’s, many of the then 80-year-old fishing shacks were in disrepair. The State of Florida saw the dilapidated huts as castaways from a bygone era, as well as an environmental threat to the natural habitats of the Sound, and a navigational nuisance to recreational boaters. Having survived decades of hurricanes and storms, the shacks were brought to the verge of extinction by the Florida Department of Natural Resources as they burned them down one by one. 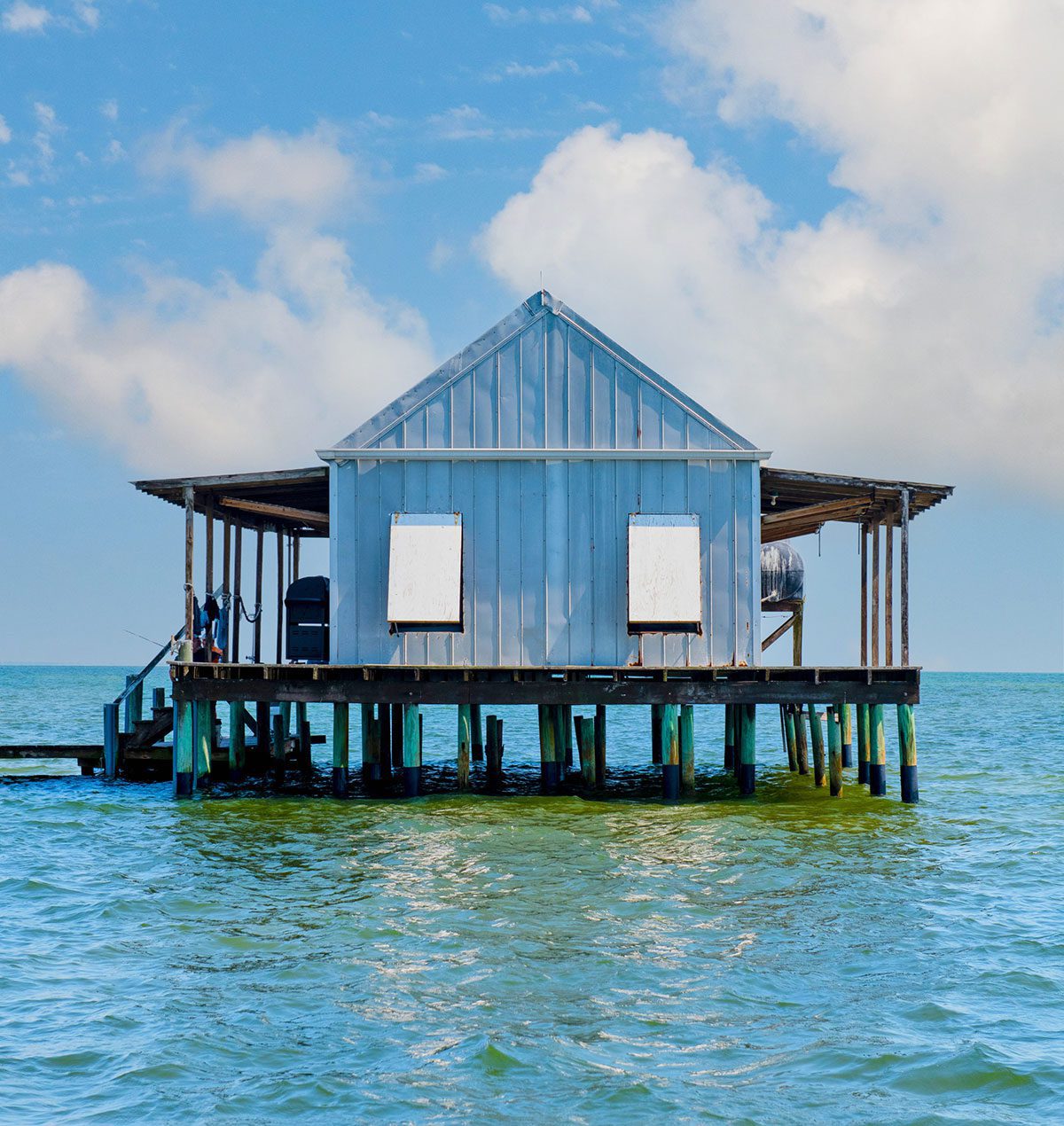 Sensing a “loss of Americana” and symbolism to the area’s fishing heritage, preservationists shack owners fought back against eviction notices. In 1991, ten fishing shacks were officially listed on the National Register of Historic Places.

Like the grand canals of Venice, the humble fishing houses live to see another day, though who knows for how much longer. Their fate belongs to the sea that gave them life in the first place – as a shack cannot be rebuilt if it is destroyed in a storm. For now, however, the sea-salty spectacles are a memorial to the many fishermen who once occupied this Sound, and serve as retreat for any angler that desires to “reel in” an old tradition.

The Lettuce Of Cabbage Key

A small island where tips are taped to the walls of the bar, and perhaps one of the most famous "Cheeseburgers in Paradise" is served. 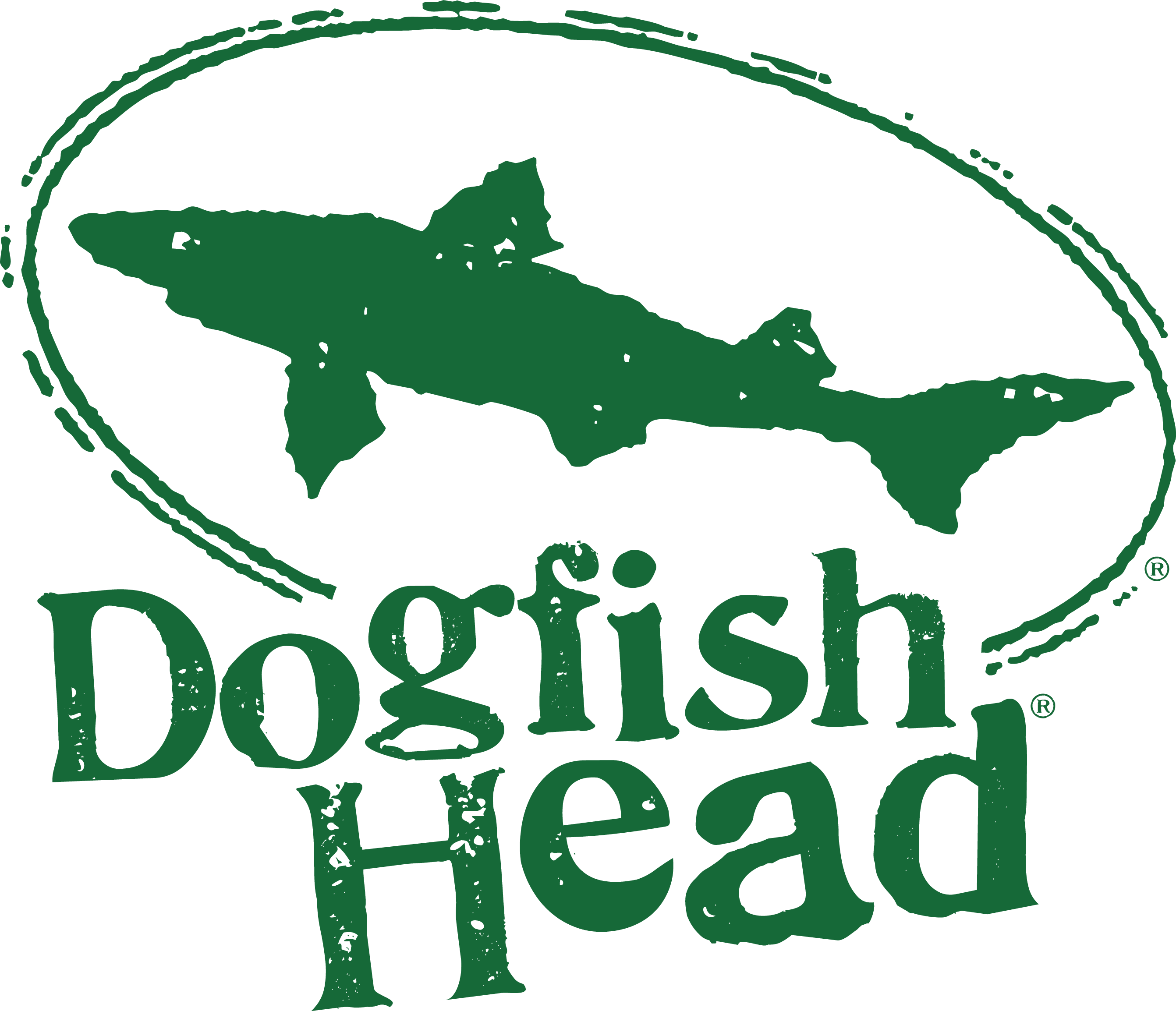 Despite the sci-fi sounding name, this lightship is a rare homage to how ships are protected in deep or onerous terrain where it is difficult to construct lighthouses.