Uzbekistan in a pandemic? It was an unreasonable idea, which is exactly why I liked it.

I spent all of 2020 writing a book —  Get Away! — about how to plan and take transformative trips. To demonstrate the methods and tools I discuss in the book, I wanted to travel to a destination that people didn’t already have associations with. Italy is Italy. But Uzbekistan is Otherwhere, a placeholder for any dream or adventure an explorer could conjure. My goal was to film a cinematic book trailer using Uzbekistan’s dusty, jewel-toned palette and medieval architecture as a backdrop. I traveled with my friend and pro filmmaker Calvin Gaskin to document the journey. Uzbekistan is already a relatively undiscovered country, but in May 2021 it was empty. Nonetheless, it was open, and we were freshly vaccinated and determined to make a movie on the Silk Road. 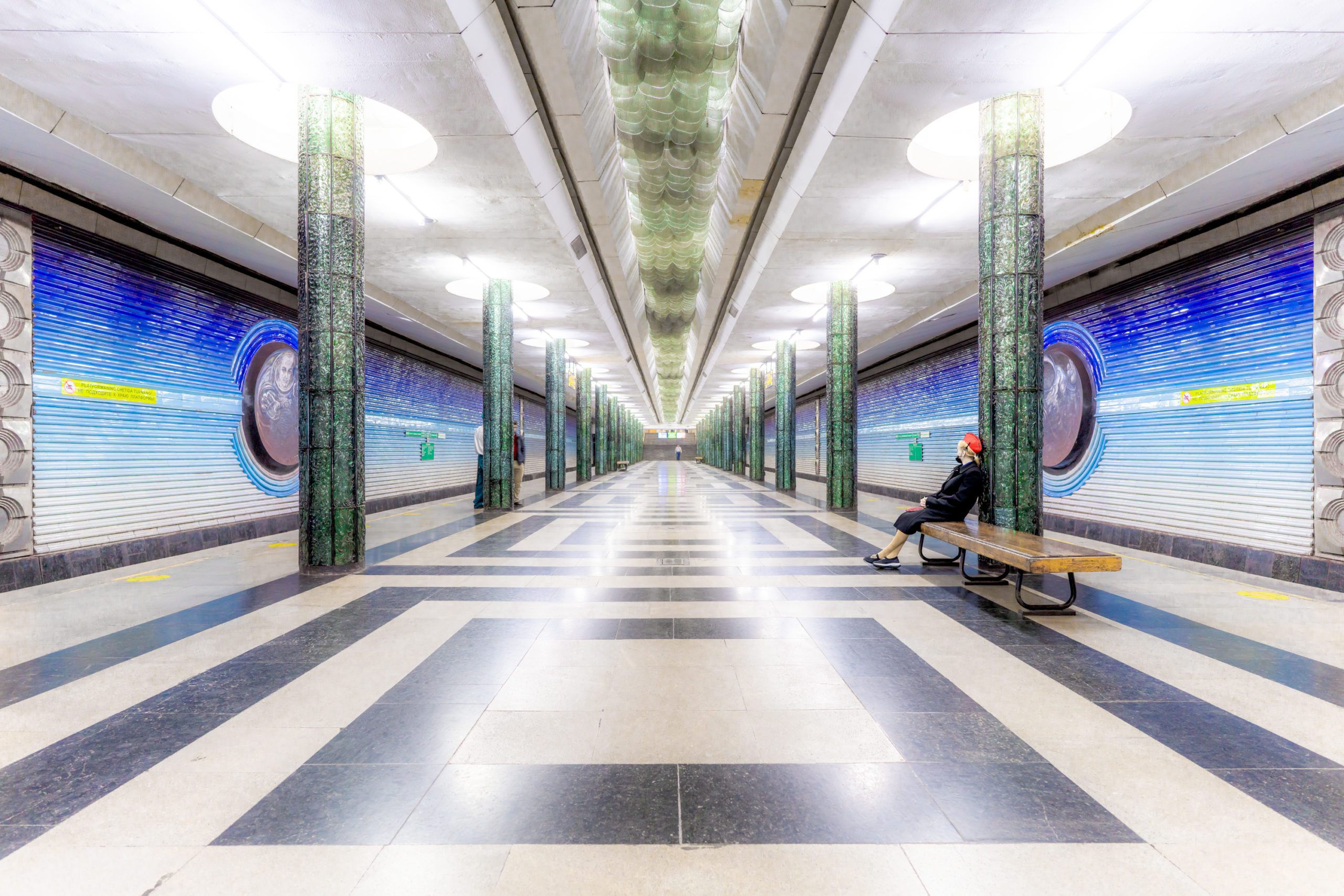 Our circumnavigation of Uzbekistan started in the capital, Tashkent, where we explored the eerily ornate Soviet-era subway stations. Photography was banned in the metro until 2018, and guards still watch underground camera-slingers with hawkish attention. But we got the shots. 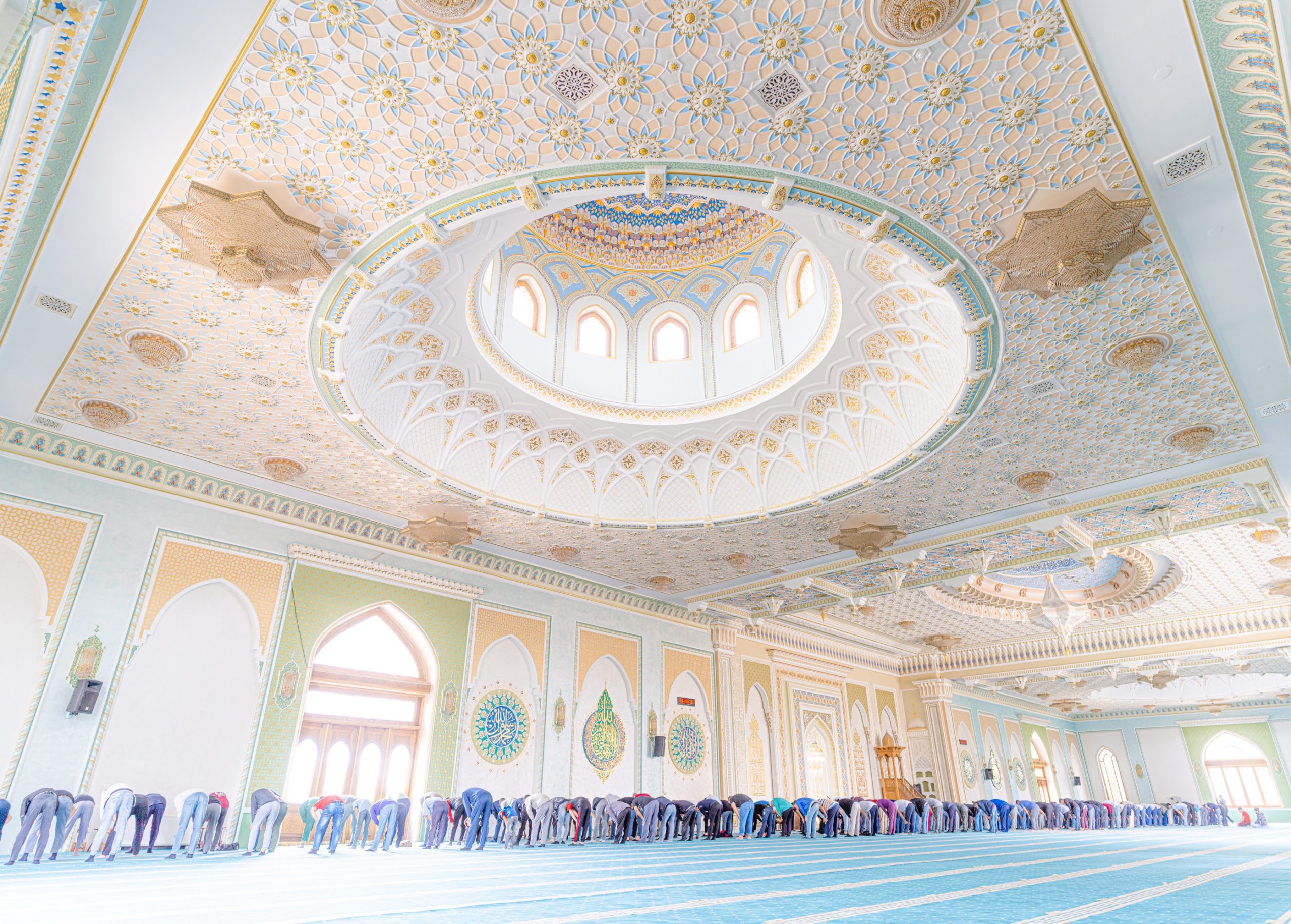 Our trusted guide, Zahid, who was fasting for Ramadan, insisted that we let him lug our burly tripod. When he asked if we could stop and wait for him to pray at Hast Imam, the religious center of Tashkent, of course we obliged. He assured us it was fine to film quietly in the back. 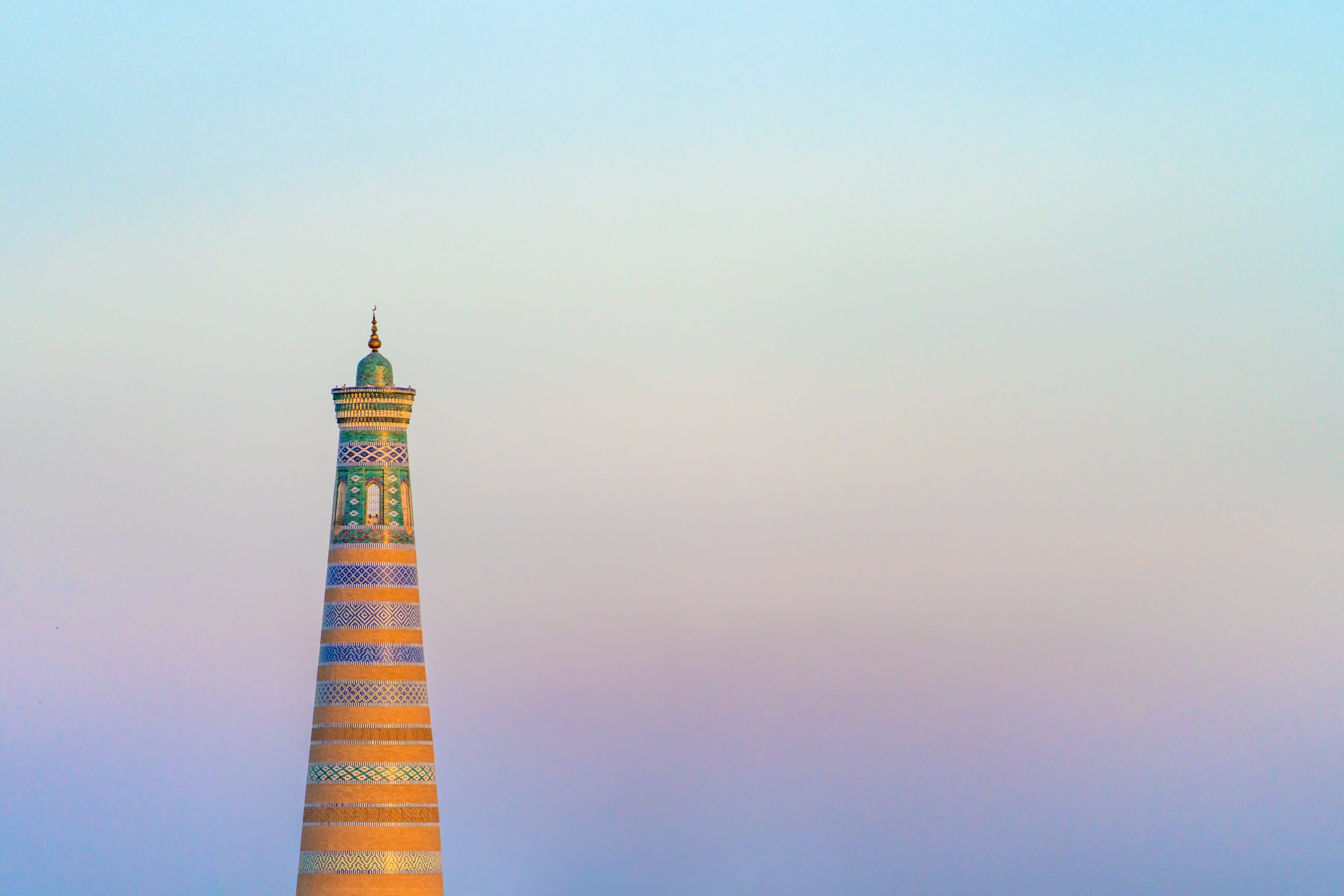 We continued counter-clockwise around “Uzi” (as we came to call it) to the ancient trading outpost of Khiva. In the walled city, an open-air museum, we climbed Kunya Ark, the citadel where khans once lived and ruled. In a rare pocket of solace in that foreign land, I felt truly transported in place and time. 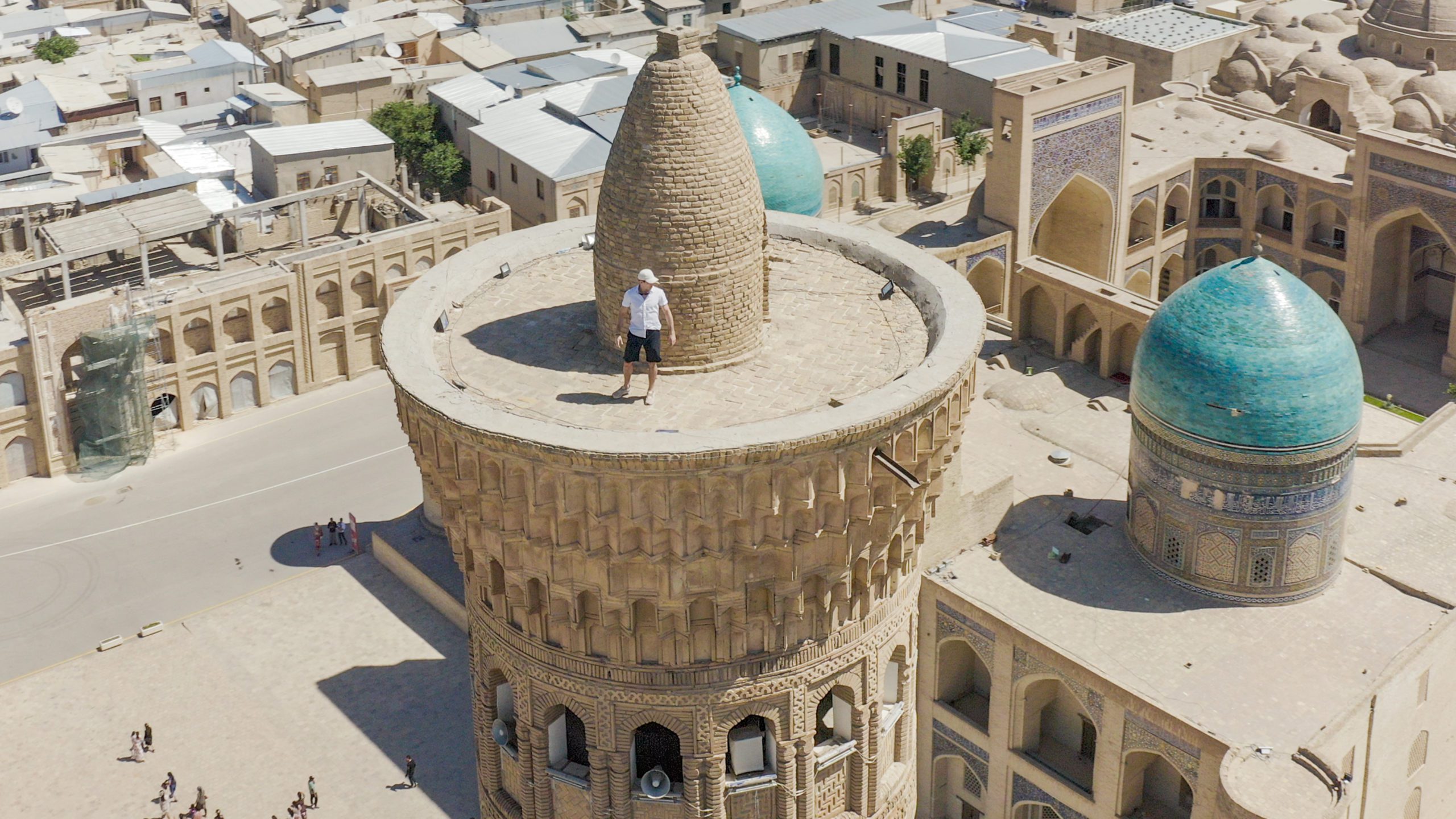 Mindful travel is about setting intentions and minimizing expectations, then surrendering to elements outside of your control and trusting that everything will work out. This also happens to be the Uzbek people’s default mode of operation. So, in Bukhara, when we asked Zahid if we could climb Kalon Minaret, the iconic watchtower built in 1127 which Genghis Khan graciously spared when he ransacked the city in 1220, Zahid told us there was no chance. One hour and one small bribe later, we were standing on the top of the minaret with a 360 view of Central Asia, holding back happy tears while trying not to let the wind toss us into Tajikistan. 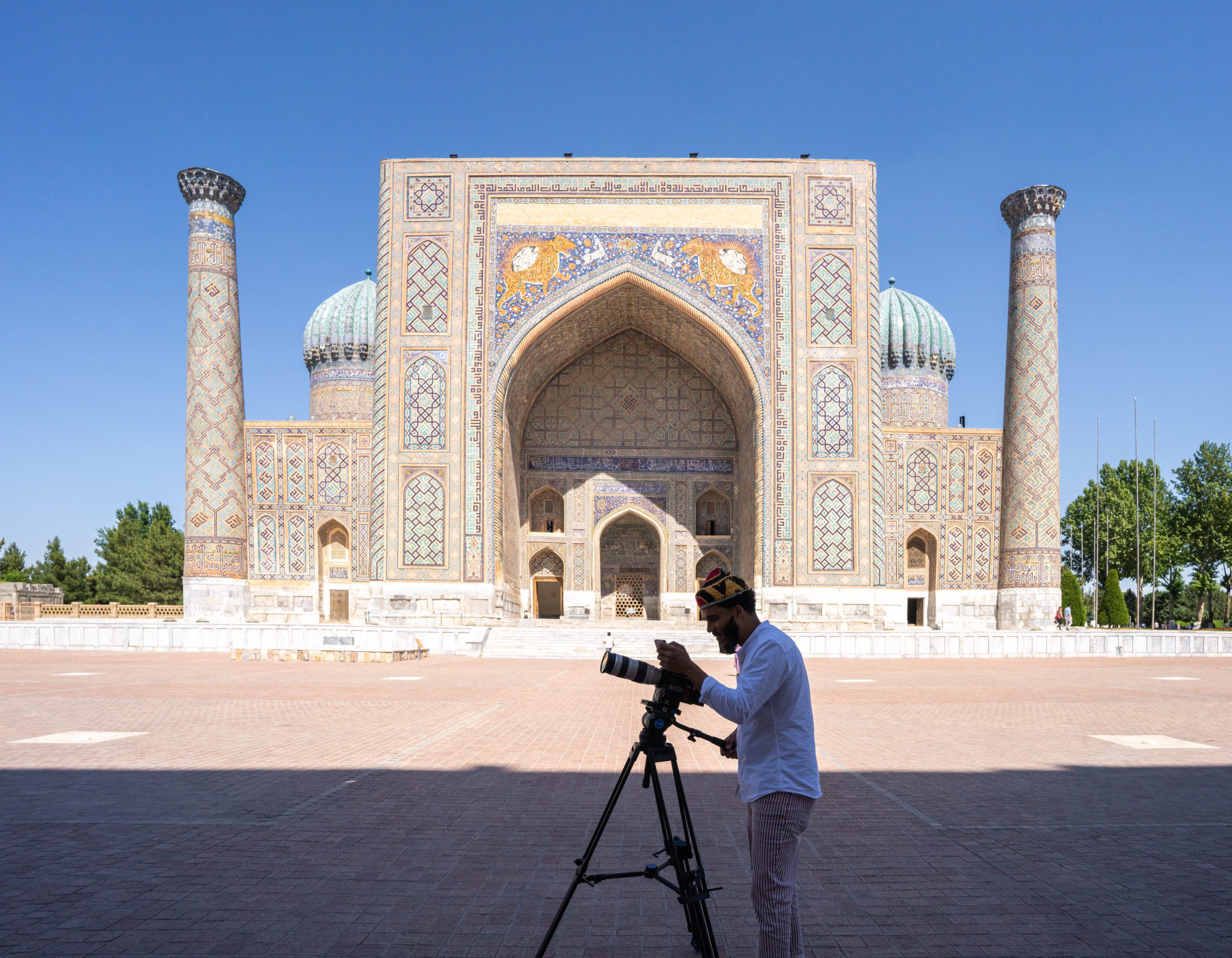 In Samarkand, the pearl of the Silk Road, it was impossible to not be fully present to the majesty of the historic Registan square at the crossroads of Europe and Asia. The great emperor Timur brought the city back from ruin a century and a half after the Mongols invaded, and his descendants maintained its splendor by establishing madrasahs (religious schools) to continue the Timurid empire’s legacy of scientific and artistic achievement. Standing in the Registan’s centuries-old shade, it hit me that, despite all of the good excuses I could have made to stay home, I had actualized my unreasonable dream.

I hope our film captures the beauty of Uzbekistan and the excitement of new adventures. And I hope my book helps you manifest your ideal getaway, in Accidentally Wes Anderson fashion, with unwavering purpose and optimism. Otherwhere awaits.

SNAG YOUR COPY OF GET AWAY! HERE

What about the other side of the story?