A  trip through an enchanting 90-year old tree tunnel on a remote stretch of the California coastline is a ticket to a time machine. Twin rows of famed Monterey cypress trees stretch as far as the eye can see, their branches provide an arched canopy that lead to North America’s only surviving Morse Code coast station.  And if you listen carefully enough, you might just be able to hear the clickety-clack of a language universally known, but nearly dead.

The station got its start in the earliest days of the 1900s, riding the wave of the first radio boom while operating within the halls of the Palace Hotel in San Francisco. Their job was to provide ship-to-shore communications, including telegrams in Morse code and marine telex services that connected two printers over a radio signal. The broadcasts were vital to the shipping community who relied on KPH’s  regular bulletins of news, weather, and other general information.

However, like so many other businesses, the broadcaster was forced to relocate due to the devastation of the 1906 earthquake and fire. KPH bounced around from one location to another, struggling to put down roots in any kind of permanent home. 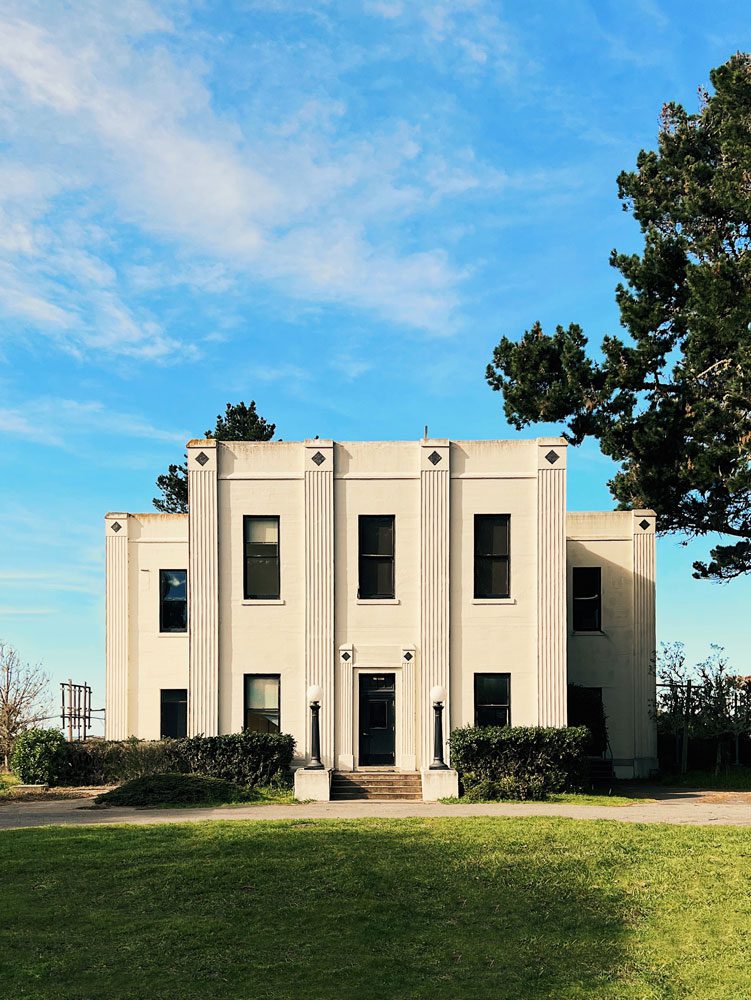 Then along came the Radio Corporation of America in the 1920s, who scooped up KPH and moved it to its forever home. The station continued as a stalwart supporter of local seamen in the most beautiful confines: a classic white Art Deco building in the Point Reyes National Seashore.

Its glory days ensued, but they certainly didn’t last forever. As technology is always marching forward , their services had become less valuable. The station discontinued its operation in 1998, faced with irrelevance and a future of uncertainty. However, the KPH Maritime Radio Receiving Station still stands, saved by its historic legacy, a few highly dedicated volunteers… and a whole lotta luck.

By the time the station ceased commercial operations, many feared it would be decommissioned and sold for parts. Alas, in a happy combination of fortune, the equipment was too old to be worth much, and since the surrounding land was covered in antenna farms, no one wanted to buy it.

The radio equipment remains intact to this day, restored and fully-functional, operated by former KPH employees and volunteers of the Maritime Radio Historical Society. So if you’re anywhere in the western hemisphere, tune in to KPH once in a while, and you just might catch one of their occasional broadcasts in the old-world form of radio wave communications

From Rags To Rich Stationery

The age of papermaking may be widely waning, but master paper-maker Jacques Bréjoux continues to keep the art alive.

Making Of The Michelin Man

An art nouveau structure that tells the story of world famous company and it's mascot built en-tire-ly of tires!