In the heart of Arizona’s Sonoran Desert lies a sprawling, sought-after oasis where South-westerners steal away for a reprieve on the water. Nestled on the banks of the colossal Lake Havasu, is a desert destination for boating and fishing…and just so happens to be the city with the largest collection of lighthouses in the United States.

Standing tall in the arid, landlocked landscape of Arizona is likely the last place you’d expect to find a lighthouse, but it’s no mirage, my friend. Keep your eyes peeled and you’ll find 28 (yes, twenty-eight!) beacons peppering the islands of the 450-mile (724-km) shoreline of this man-made lake.

Back in the 1930s, the massive hole was initially dug out to store water for the purpose of pumping into nearby aqueducts, but leave a large body of water in the middle of a desert and you can bet your bottom dollar someone will want to … test their boat motors. Well, that might be a tricky bet, but in this case you’d be a bit richer. 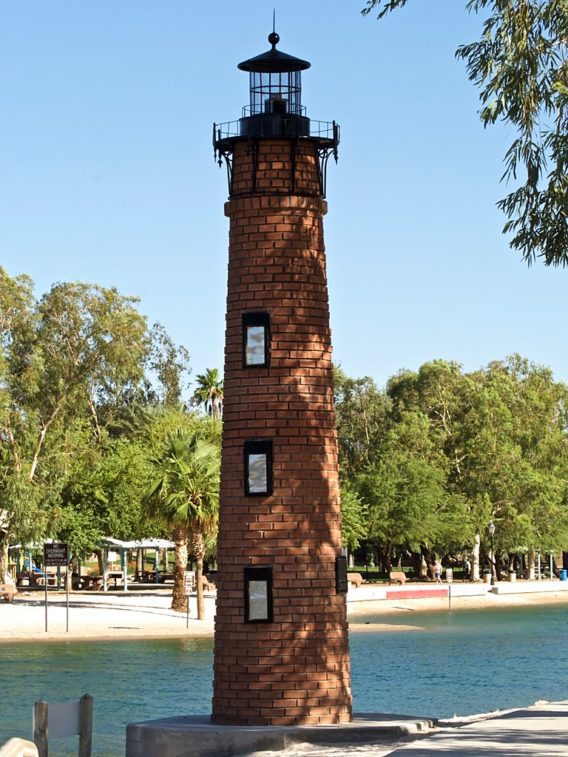 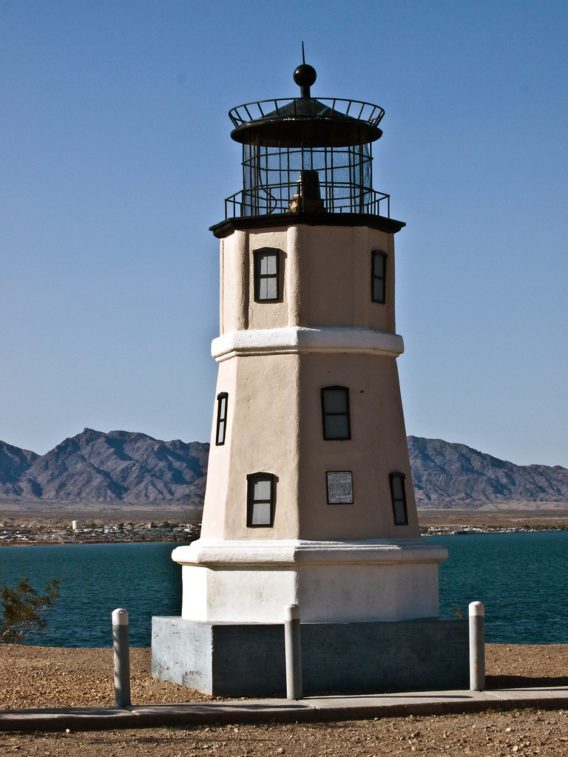 In 1963, Robert McCulloch was flying over Lake Havasu looking for a place to test his newest water propulsion mechanism. The lake and the surrounding area caught his eye, and within just a few months, Lake Havasu City was established. Over the following decades, the population grew, and watercraft enthusiasts flocked. But with boats (and beverages) come accidents, and after a string of nighttime mishaps on the water, the community put their heads together to come up with a plan.

In 2000, the Lake Havasu Lighthouse Club was formed as a means to preserve the area and make the Lake a safer place for the boaters and fishermen who frequented its waters. But instead of simply settling on a set of manufactured lighthouses to watch over the Lake, the Club decided to take a more creative route and craft 1/3 scaled replicas of historic lighthouses from the United States and Canada. 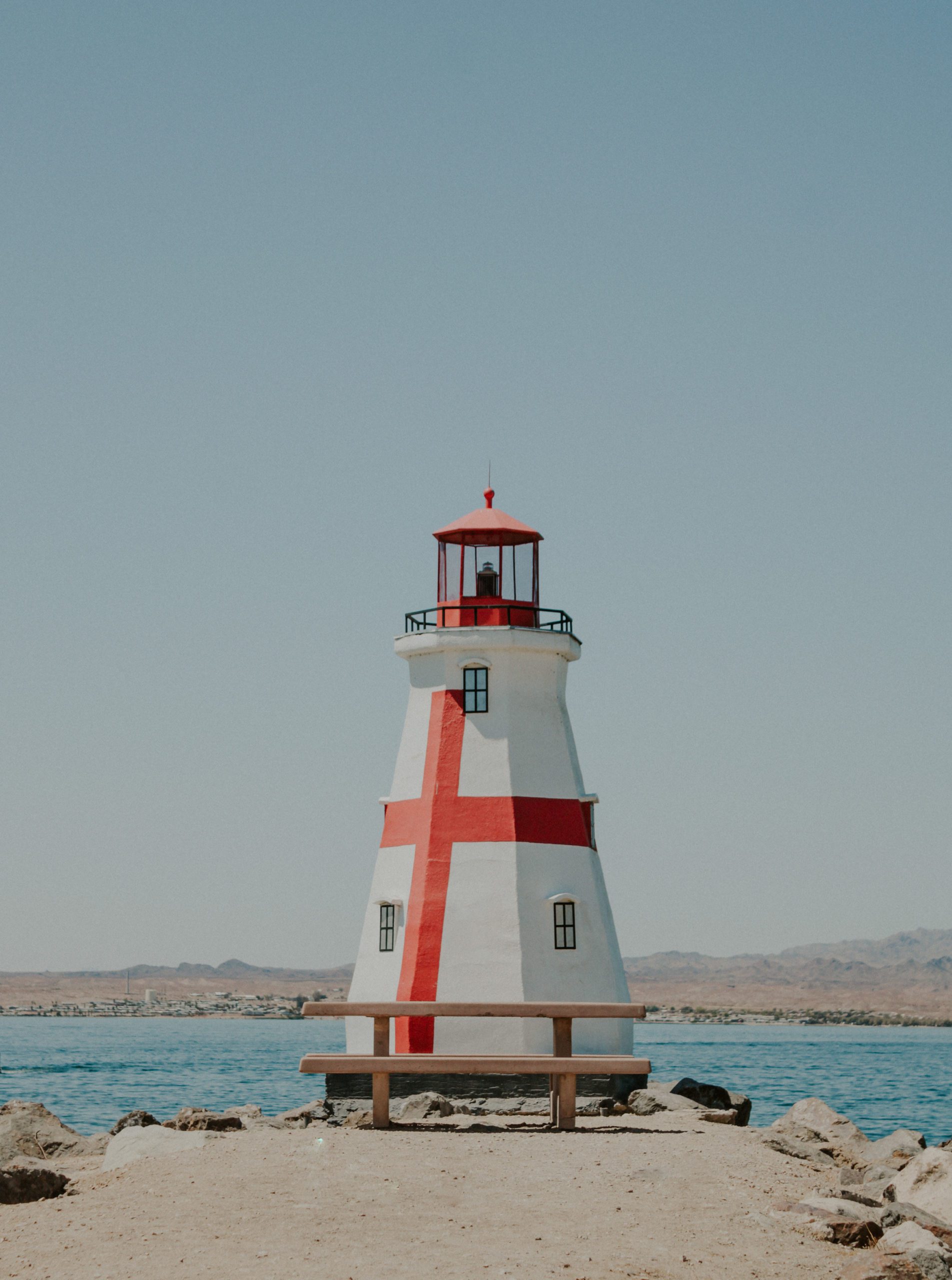 Since its inauguration, the club has constructed twenty-eight fully-functioning navigational lights built to exact specifications of the famed lighthouses after which they’re modeled – just a little smaller. Each lighthouse measures between 17-22 feet tall, except for one: the Cape Hatteras light which soars 30 feet in the air to match it’s marvel, as the original lighthouse in North Carolina holds the record for the tallest brick lighthouse in the United States.

While these lighthouses might be small in scale, they are a major source of pride – and safety – for the Lake Havasu community. The all-volunteer crew makes it their mission to change the lights every 4 months or so, and they annually use over 100 gallons of paint to keep these lights in tip top shape. So, if you happen to find yourself out on the water past sunset, be sure to keep your eyes peeled for these 28 well-kept beacons, so your enjoyable evening doesn’t end in a sudden shipwreck.