Buyers, beware. One member of the crew at Capitol Hill Books isn’t here for your crap — and he means, it in the most caring, sincere way possible.

The distinctive secondhand bookstore sells quality used books, first editions and rare titles – all with a no-nonsense style distinguished by its packrat-esque organizational system (self-described as “controlled disorganization”) and a set of rules established by longtime former owner Jim Toole.

Jim, a 30-year Navy veteran holds a degree in history from UCLA and a Master’s from American University – he also owned Capitol Hill Books from 1995 to 2018. Recently, Jim passed the baton on to 4 best friends & long-time employees who’s announcement of the changing of the proverbial guard read: “We bought the bookstore from Jim. Don’t worry, he’ll still be around to harangue you for your poor use of the English language.” 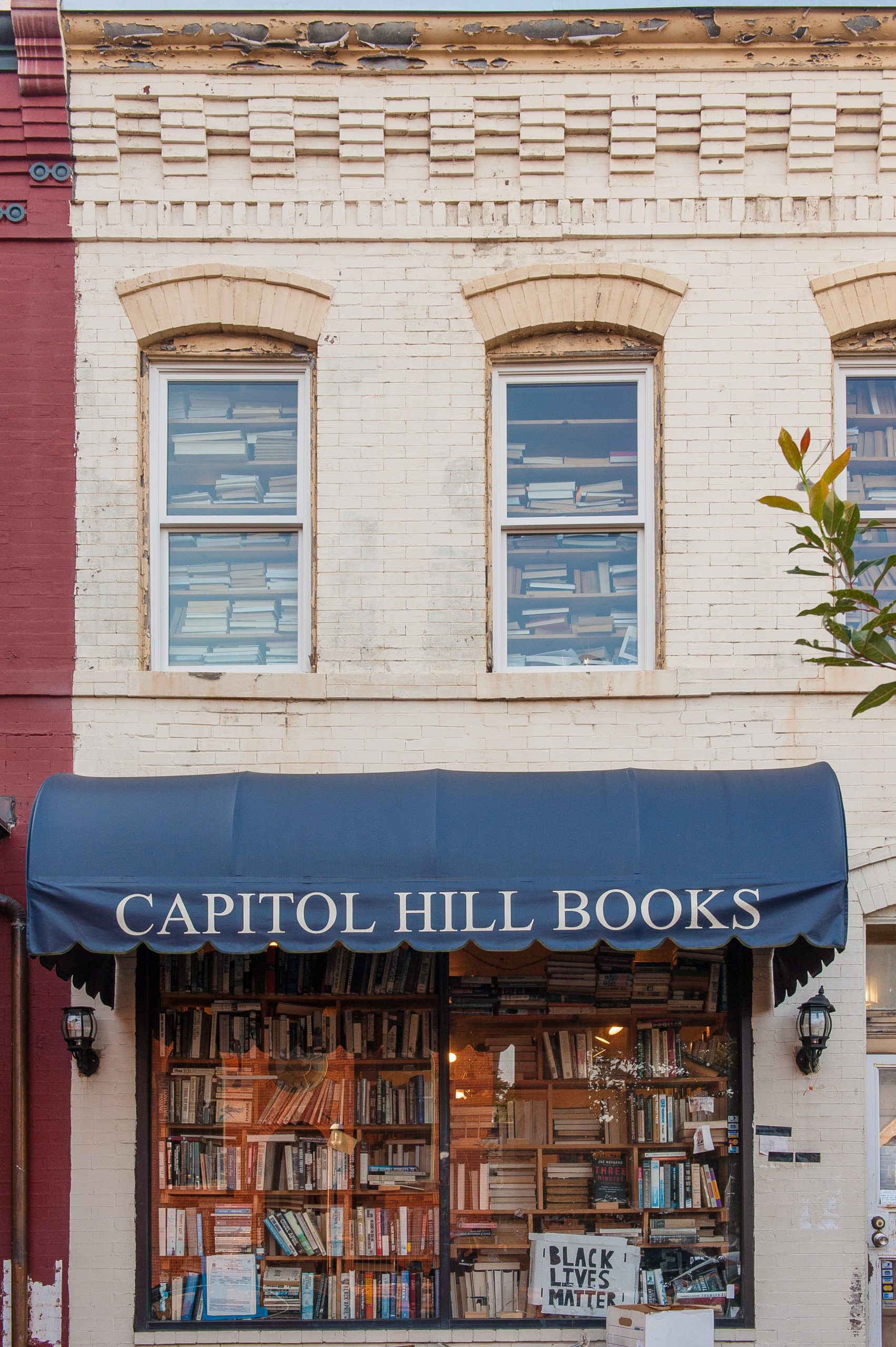 “The rules on the front door are very simple. This is a bookstore, not a phone booth, so do not bring your stupid cell phone in.” -Jim Toole, Owner from 1995-2018

Much to the dismay of chatty-Cathy customers who begin every sentence with “like”, Jim’s tenure at the shop isn’t quite over just yet. The curmudgeonly bookkeeper has stayed on to act as “a substitute teacher while the new owners get their sea legs, mix metaphors, and try to sell a book or two.”

If they’re to continue in Jim’s footsteps, they might have quite a list of rules to keep up. Unabashedly direct, Jim’s rules can be seen in the form of handwritten notes placed prominently throughout the shop, including a “Not Spoken Here” blacklist of overused euphemisms such as “Oh My God”, “Awesome”, “Totally”, and unsurprisingly, the nemeses of any brick-and-mortar book retailer: “Amazon”. 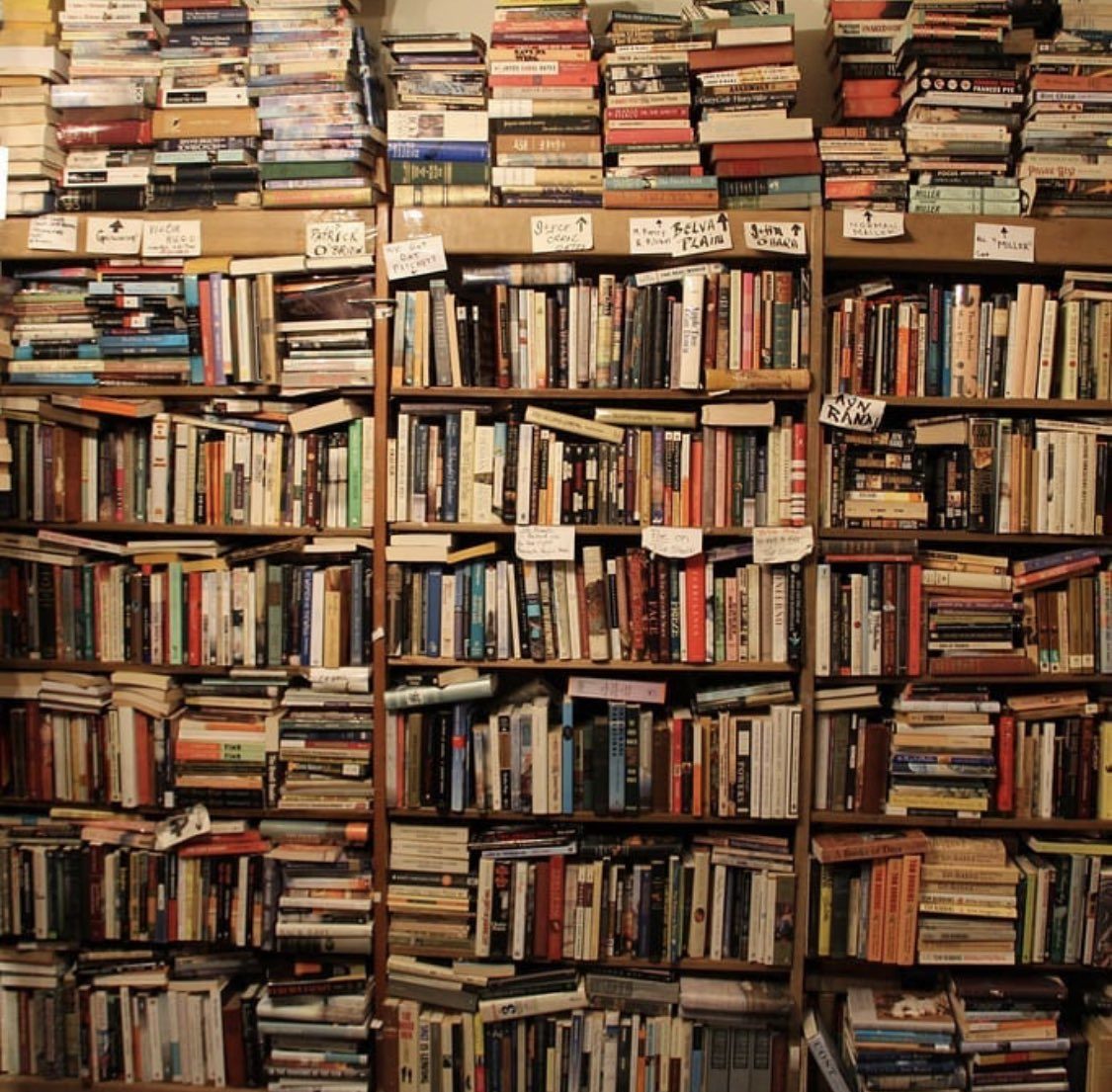 Along with the handwritten rules, the shop’s shelving system is something to behold. Jim usually procured their stock from estate sales and book auctions, and the publications are displayed on the first floor, second floor … and even the bathroom. That’s where Jim decided to put the foreign language section, because as he puts it, “foreign language in this country is in the toilet”.

Although unconventional, Jim’s passion for the written word is a common thread of its owners. Before Jim took the helm, Capitol Hill Books had long been a bastion of writers and word lovers alike. The shop was originally opened in 1991 by Bill Kerr, an ardent book lover who had worked in the neighborhood’s Wayward Books (and once even took his pay in books). When Wayward Books closed up, Bill opened Capitol Hill Books. While he ran the shop, he lived upstairs and held a job at The Washington Post.

So, the next time you’re in D.C., pop by Capitol Hill Books, but please, don’t bring your stupid cell phone in (or maybe just leave it in your pocket…on silent).