By the time the Ancient Romans were constructing vast mines in Sardinia in 226 BC, mining had already taken place on the mineral-rich island for thousands of years. Cutting into the ore-laden rock, miners for centuries supplied Europe and beyond with coal, zinc, and silver. The process of getting the fresh rock transported across empires had always been difficult—until 1924.

Up until that time, the nearest harbor was 15 miles south of the Masua, and sailors would have to move back and forth between the beaches of the mines and the faraway port, usually dealing with dangerous conditions at sea. After many shipwrecks and costly delays in mineral distribution due to storms, mine owners decided a sizable port needed to be created at the mines. 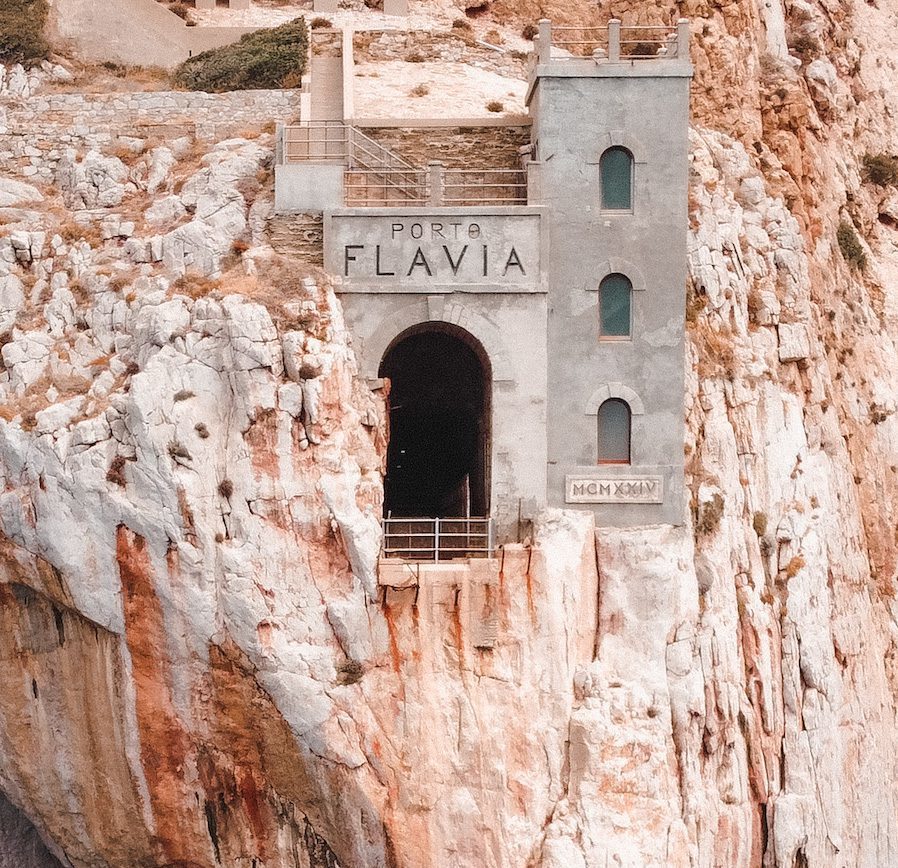 Conceived from the mind of Cesare Veclli, plans were made to blow out a tunnel directly into the cliffs and mines of Masua. A modern engineering marvel, the tunnel contained two large galleries that were used for minerals awaiting the next ship, a train for carrying the rock quickly to the cliffside opening, and a faux stone arched gateway to create the sense of a romantic portal. Cargo ships could moor under the gateway, with a conveyor belt from the gateway and gravity doing the hard work of getting the precious minerals ready for transport.

Work was completed in just two years, and elated that the tunnel cut their production costs by 70%, mine owners asked Vecilli to name the successful tunnel. Cesare would name it after his daughter, Flavia, who’s name has graced the Sardinian cliffside ever since.

A Mansion That Measures Time

One of the few ‘calendar houses’ in the world with 365 windows, 52 chimneys, 12 doors, and 4 towers representing the days, weeks, months, and seasons in a year.

A three-wheeled mobile library with 1000 books in tow